The office property market in Katowice will continue to grow as the city continues to attract business services sector companies, argues Maciej Wójcik, managing partner at TDJ Estate, which is now starting construction work on the second phase of its .KTW project in the center of the city

WBJ: Katowice is the fifth-largest regional office market in Poland. What are the market’s growth prospects for the coming years? 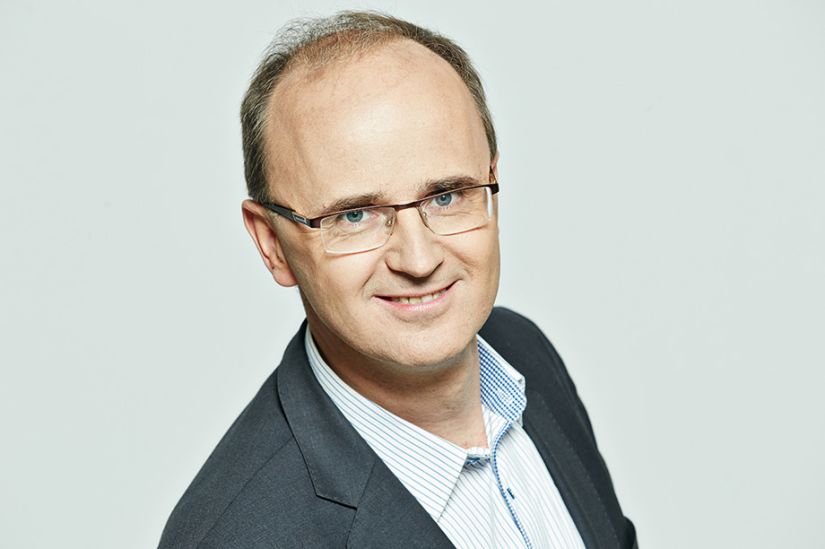 Maciej Wójcik: According to the latest ABSL report (Business Services Sector in Poland 2019), the existing stock of modern office space in Katowice exceeds 500,000 sqm. Year by year, we are seeing a continued increase in employment in the business services sector, which generates demand for new office areas for expanding companies and their new employees. There are no signs that this trend could be reversed in the coming years.
The main assets of the metropolis undoubtedly include the availability of a well-qualified labor force (over 40 percent of those employed in the business services sector work in IT-related fields), very well-developed transport infrastructure (motorways, three airports, so-called fast regional railway) and the relatively higher quality of life than in Warsaw, Kraków or Wrocław. The activities of local government, including the Katowice Special Economic Zone (which ranks first in Europe according to fDi Magazine), contribute to the international promotion of the metropolis’s attractiveness. This has already allowed Katowice to attract tenants such as Fujitsu Global Delivery Center, IBM, Honeywell, and DAZN.

More than 70,000 sqm of office space is currently under construction in Katowice. Is that a lot as far as the market’s ability to absorb new supply is concerned?
In my opinion, this is a safe new supply level that testifies to the stable growth of the market. We also need to remember that this volume includes office areas of various classes and areas offered within phased projects. At TDJ, we have been witnessing tenants’ growing consciousness in recent years, with companies now thinking long-term and planning their offices years in advance. They look for prestigious, centrally located, high-quality space. The ecological aspect is also important to them. Hence our decision to launch the second phase of the .KTW project, which will deliver 42,000 sqm of modern office space, in the first half of 2022. Since May this year, when we launched the tender procedure, we have been in talks with potential clients. In some cases, the talks are very advanced, which shows that despite the relatively large amount of new supply in the market and the fact that .KTW II will be ready in two years, tenants are ready to wait for the best high-rise scheme in the region’s capital city.

Almost 30,000 sqm of office space was leased in Katowice in H1 2019, a 24 percent increase y/y. Who is driving the office demand in the city?
It is mainly companies that have been present in the city for years. Those companies keep developing their structures and competences (servicing new markets, industries, and processes), which means that they need to offer comfortable working conditions to all their employees. It is not surprising then that the hottest deals of this year include Unilever’s renewal of its agreement for 7,300 sqm in Nowe Katowickie Centrum Biznesu and DAZN’s pre-let of 6,400 sqm in Face2Face Business Campus I, as well as Capgemini’s renewal of an agreement for 5,600 sqm in Atrium and new agreement for 2,200 sqm in the Brema building. We also have to mention the .KTW I building in which EY – after less than one year of its presence there – decided to expand its leased area to over 1,300 sqm. Also, our biggest tenant, Fujitsu Global Delivery Center, has taken up two more floors (a total of nearly 3,000 sqm).

Have you already finished the process of commercializing the first phase of the .KTW development and have you signed any tenants for phase II?
The process of commercializing .KTW I is still underway, but thanks to the ongoing talks the phase should be 90 percent leased out by the end of the year. When it comes to the second phase, which will be twice as big as the first phase, we are in advanced talks with several potential tenants. Although the phase will be completed in over two years, some clients already want to get to know our offer and book the best possible location in the center of Katowice. It is worth stressing that .KTW II will be the tallest office building in the region, offering unrivaled views from its top floors, including two with unique terraces.

Do you want to sell the .KTW complex in the future?
As a family investment company, TDJ aims to build on the long-term value of its projects. The .KTW office complex is TDJ Estate’s first flagship office investment. The project was a huge challenge for us, but thanks to the team of experts that we have created as well as the partner approach of architects from the Medusa Group studio and general contractor Strabag, we have managed to develop such a large and demanding investment located in the very heart of Katowice. Due to our unconventional approach to commercialization, consistent pursuit of the set goals and punctuality, as well as the high quality of the investment, we have secured major tenants who have already been working in the unique areas of .KTW I for over a year now. We believe that when it comes to the second building, the situation will look the same, especially since we are no longer a company that is only associated with residential projects. As long as the .KTW complex is under construction, we will not consider selling it.

Are you planning any further office projects in Katowice?
Last year the TDJ Group adopted a new development strategy. When it comes to the real estate market, the strategy provides for a focus, over the next four years, on not only Katowice but also other large cities such as Kraków, Wrocław and Warsaw. We are now actively looking for new sites for office and residential projects. In Katowice alone, we are currently developing three residential schemes (including one premium investment – Pierwsza Dzielnica) with a fourth one to be launched soon. We are not ruling out the possibility of starting a new commercial development in Katowice or some other city of the Silesia-Zagłębie Metropolis. We know that the potential of Katowice has not yet been discovered and the city has a lot to offer to those who dare to reach for it.