The beginning of the 90s was the time of the largest development of Polish retail chains. It is when most of the recognizable Polish supermarkets such as Topaz, Stokrotka and Arhelan were established. The oldest commercial network currently operating in Poland is PSS Społem, whose long-standing traditions date back to 1868. It is worth mentioning that Społem is the only network in our country to have buildings of its own. Moreover, it does not base its activity on franchise model. Społem has nearly 4,000 branches, and employs approximately 50,000 people. The market of retail chains includes stores with home electronics, household appliances, supermarkets, as well as clothing and food stores. The latter group is by far the most popular and is mostly franchise-based. 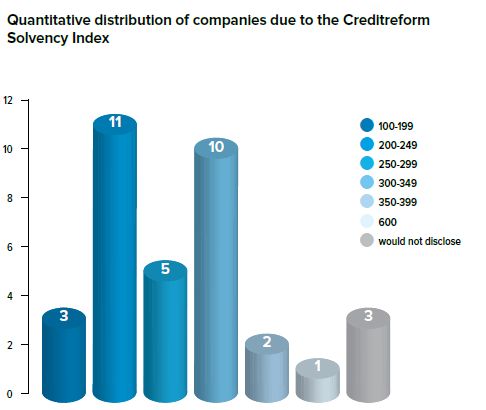 According to the Creditreform Polska analysis, 3/35 of the companies (8 percent) have an excellent credit standing, ranged from 100 to 199. At the same time, the largest percentage in the sample (28.57%) is represented by companies with medium payment capability (300-349). It needs to be mentioned that the term is somewhat misleading, as evidenced by this year's bankruptcy of the great network Piotr i Paweł, which was included in the list only last year. The average probability of a company's bankruptcy measured by the median is 0.88%.

The distribution of retail chains is also based on the space they occupy. In this respect, supermarkets and small-format stores can be distinguished. The data from the Central Statistical Office shows that large-scale establishments account for only 6 percent of all retail chains in Poland. The advantage in the number of franchise stores does not translate into their share in retail trade. The greatest part of the shares (60%) is held by supermarkets. According to the statistics, in 2017, more stores in our country were closed than opened, as almost 13,000 companies terminated their activity. In 2018 the downward trend slowed down, but stores employing less than nine workers still struggle with financial problems. 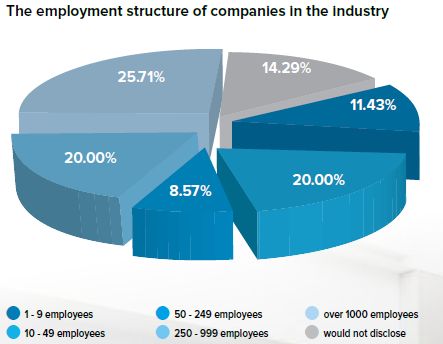 Employment on the market of Polish retail chains is characterized by a great variety. Thirty companies covered by the analysis employ nearly 40,000 people, the other five networks did not disclose the data. The obvious leader in terms of employment is Dino Polska, associating approx. 12,000 employees. The group of retail chains employing over 1,000 people amounts to 25.71% of all the enterprises included in the analysis, while 20% of all companies hire between 250 and 999 employees. The lowest percentage of employers represents the enterprises recruiting from 50 to 249 people. Those companies constitute 8.57% of all the surveyed retail chains. About 20% of companies in the industry employ from 10 to 49 people, while enterprises associating up to nine workers in their companies amount to 11.43%.

Panattoni acquires 35 ha of land for...

The city of Tczew plans to introduce...

Wizz Air will fly from Katowice to Yerevan
IBM is cutting 1.5% of its global workforce
Half of Poles occasionally buy in second-hand shops
LPP to launch distribution center in Romania
get more news

Space for interest rate cuts may emerge in '24 or late...
EY: Poland’s GDP to grow 0.5% y/y, interest rates to remain...
EBRD invested record €990 mln in Poland in 2022
Muller: No work is currently underway on extending credit holidays
get more news

Polish direct investment in Ukraine could rise to $30bn over...
PKO BP issues three-year bonds worth EUR 750 mln
PlayWay starts book building for sale of up to 33.43% of Movie...
Virgin Orbit invests $5mln in SatRev shares
get more news

Greeks have the oldest cars in the EU; average age 17 years...
Inflation in Venezuela falls to 234%
Brazil and Argentina plan to create a common currency – media
Sanna Marin to be next president of European Commission?
get more news

Controversial influencer arrested thanks to pizza and Greta Thunberg

8 Essential wines for your holiday table