Last year proved very successful for the Polish leasing industry. In 2018, companies reporting to the Polish Leasing Association finalised transactions with a total value of PLN 82.6 billion. The investments financed by leasing and loans recorded a growth rate at the level of + 21.8% year-on-year, which is the highest level of growth recorded by the Polish leasing sector in the last 11 years. By Andrzej Sugajski Director General Polish Leasing Association 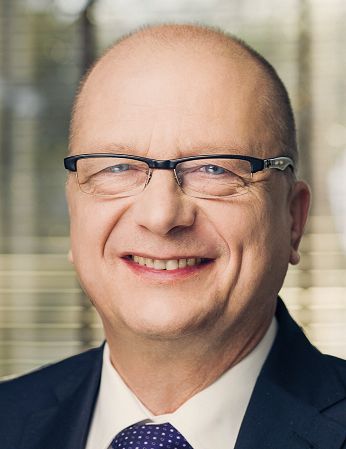 The portfolio of all active industry contracts increased in 2018 just as dynamically as the value of the new contracts. According to the data of the Polish Leasing Association, at the end of 2018, the value of contracts serviced by the leasing industry amounted to PLN 146.6 billion, which means a 22.8% increase compared to 2017. These good results can be attributed to, on one hand, a record level of financing of passenger vehicles and trucks up to 3.5 tons (currently, light vehicles make up 48.4% of the whole market) and, on the other hand, entrepreneurs’ unwavering interest in financing machines and other equipment (a 26.3% share), as well as heavy transport vehicles (a market share at the level of 23.7%). Looking at individual areas of activity of Polish leasing companies, it is clearly noticeable that the financing of real estate (a 1.1% share in the market) and other assets (a 0.5% share) play a less important role.

High dynamics of the vehicle market despite tax changes

In 2018, the value of the contracts for financing of light vehicles, i.e. passenger cars and trucks up to 3.5 tons, amounted to PLN 39.9 billion, which translates into a +30.7% increase year-on-year. The announcement of the tax changes regarding the use of cars in business and the tax changes' entry into force on 1 January 2019 (the next part of the article contains more information on the issue) contributed to a significant increase in the volume of financed passenger vehicles in the fourth quarter of 2018. After analysing the growth rate of light vehicles' financing in the last 5 years (2014 +39%, 2015 +20%, 2016 +30.9%, 2017 +21.9%, 2018 +30.7%), it can be concluded that leasing is the instrument that enjoys unwavering popularity among Polish entrepreneurs regardless of changes in the regulations.

The 2018 revival on the leasing market was also observed in other market categories: machines and equipment, including IT (+17.7% year-on-year growth rate), heavy transport (+11.4% year-on-year growth rate) and real estate (+4.4% yearon- year growth rate). The total value of machines and equipment financed by the leasing industry last year amounted to PLN 21.7 billion and was higher by +17.7% in comparison with the results from 2017. Heavy transport constitutes another, equally important, segment of the leasing market. This group includes assets such as tractor units, semi-trailers and trailers, trucks weighing over 3.5 tons, buses, airplanes, ships and rolling stock. In 2018, the assets of this type financed by the leasing industry had a total value of PLN 19.5 billion, reaching a 11.4% higher result to the one reported the previous year. Real estate financing constitutes another area of activity of leasing companies. In 2018, the leasing industry financed real estate worth PLN 950 million, with a+ 4.4% growth rate in the segment (yearon-year). 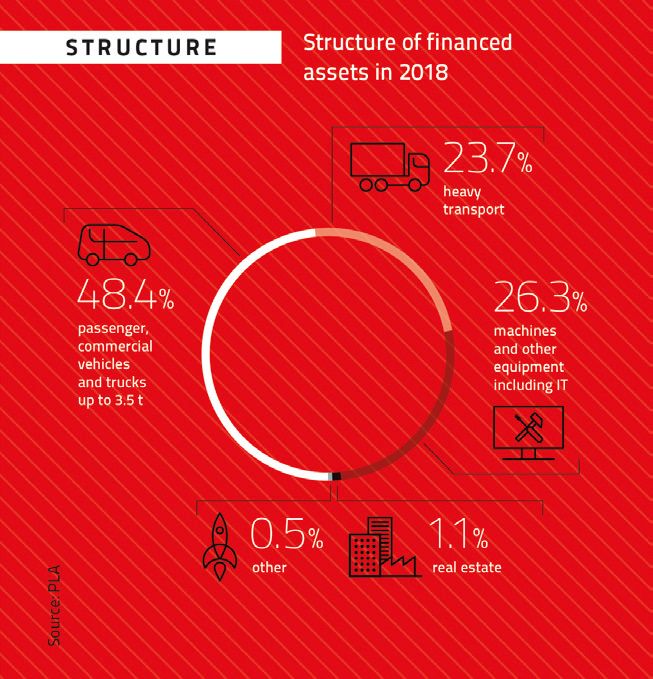 The 25th anniversary of the Polish Leasing Association 2019 is a special year for the leasing industry, because it marks the 25th anniversary of the first Polish leasing organisation's establishment. It was the Leasing Companies Conference which was later transformed into the Polish Leasing Association. Over the last 25 years, the Polish leasing industry has financed investments of companies with a total value of PLN 628.2 billion (cumulative value), with an average annual growth rate of +19%. During this period, the Polish leasing sector advanced from the 16th to the 5th place in the ranking of the European leasing markets. In 1995, the assets financed by leasing companies in investment outlays in the economy stood at the level of 3.2%, while in 2018, the leasing industry was able to finance up to 29.3% of the total domestic investments.

High position of the Polish leasing market in Europe

Preliminary data from Leaseurope (European Federation of Leasing and Automotive Rental Associations) indicates that in 2018 the European leasing market recorded a 7.3% increase compared to the previous year. The Polish leasing industry, thanks to the high level of financing of companies, moved up from the 7th to the 5th place in the European ranking. This is the highest place occupied by the Polish leasing industry in its history. The results achieved by the Polish leasing sector and its advancement in the European ranking make us particularly happy in the context of the 15th anniversary of Poland’s accession to the structures of the European Union and the 25th anniversary of the Polish Leasing Association. New opportunities for leasing were created when Poland became an EU member in 2004. The leasing markets of the old EU member states were at that time much more developed, which meant that Polish companies could draw on foreign experience and standards on a previously impossible scale. The importance of leasing as a form of support in obtaining EU funds grew steadily. Similarly, co-operation between PLA and Leaseurope began almost immediately after the registration of PLA in the Voivodeship Court in Warsaw and has been continuously developing since 1994. Since the beginning of this cooperation, a representative of PLA has been a member of the management board of Leaseurope. 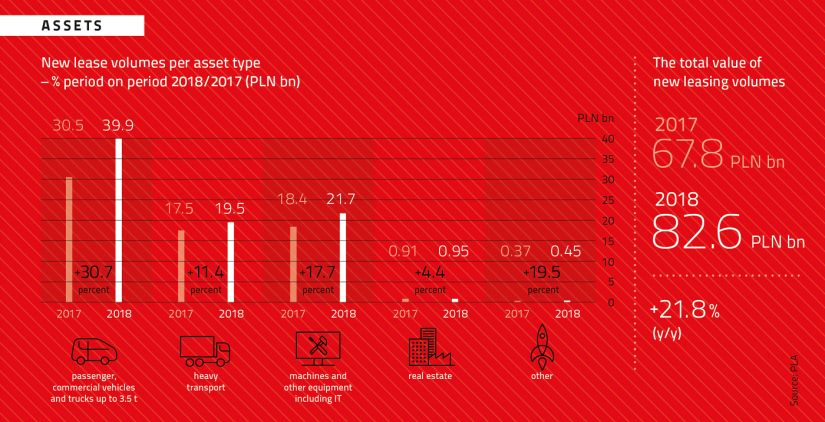 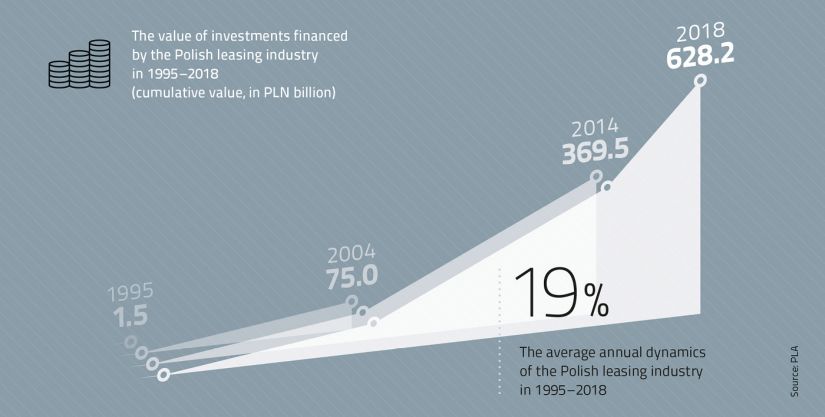 Table 4: The value of investments financed by the Polish leasing industry in 1995-2018. Source: PLA.

Polish economy most threatened by war
Core inflation in April reached 7.7%, up from 6.9% in March
Poland may enter technical recession in 2-3 quarters
Goldman Sachs warns that inflation in Poland will still accelerate
get more news

1/3 of Ukrainians fleeing war intend to stay in Poland for...
Young Poles with growing debt
CEO of Sempra Infrastructure: we see Poland as a leader of...
In Polish schools already nearly 200,000 students from Ukraine
get more news

InPost’s new headquarters in Kraków
The regional office market increased by 243,000 sqm
Swietelsky company to build apartments in Bemowo
Real estate in a bull market despite war across the eastern...
get more news

EC lowers its forecast for eurozone GDP to 2.7% in 2022
National Reconstruction Plan agreed with Brussels
Resentment towards Ukrainian refugees grows
Russia's war with Ukraine has led to a change in business...
get more news

A TASTE OF THE CLASSICS

Top Model program has opened door to be myself for me: Marianna Schreiber