Andrea Camastra returns with a bang! BY ALEX WEBBER PHOTOGRAPHY BY KEVIN DEMARIA

Step forward Andrea Camastra. Raised in Bari, Andrea Camastra’s visionary approach to cooking saw him claim his first Michelin star in 2016 for his Warsaw fine dining venue, Senses. Singled out by Hervé This, one of the founding fathers of molecular gastronomy, as the natural successor to Ferran Adrià, Camastra later found himself inducted into Le Chef’s rundown of the world’s top 100 chefs. Commonly understood to be the biggest gastronomic talent working in Poland, his new restaurant Nuta looks set to conquer all. 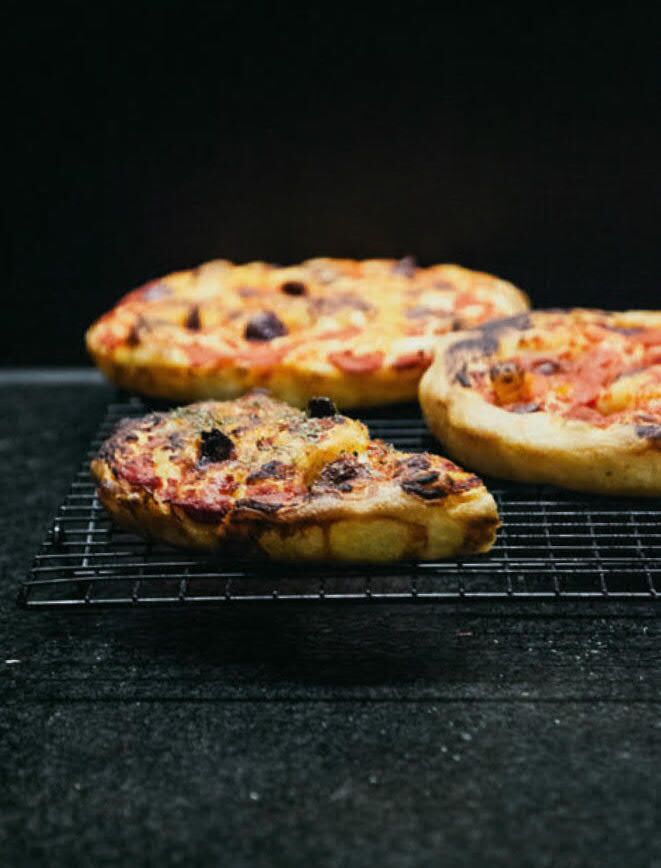 Camastra’s previous gaffe, Senses, did have the capacity to intimidate: just entering meant walking down a red-carpeted flame-lit corridor that had you thinking you were attending the Oscars. Plush and painfully posh, it wasn’t a place for the casual interloper. Nuta, on the other hand, is far more accessible in its style and spirit. This openness is emphasized by the vast floor-to-ceiling windows and a design that feels sophisticated but never ceremonial. Still not fully complete due to the challenges of Covid (remember that!), we’re told future plans will include bold splashes of wall art sometime in the future. But this should not be taken to mean that the restaurant isn’t ready – as it is, it looks perfect. Adorned with orb-like lights suspended from the ceiling and images of the cosmos projected onto the far wall, there’s something about this place that speaks of defined ambition and easy-going affluence.

All that ignores the most important element of all – the open kitchen. Without wishing to labor the comparisons too much, this makes a massive difference when thinking of Senses. There, you kind of got the idea that Camastra was locked far back like some precious bird in a gilded cage. Contrast that to Nuta where Camastra isn’t just on display but is often to be found jiggling between the tables and chatting to the customers – and if they’re lucky, having a quick drink with them as well while pondering the finer points of life. Allowing him the freedom to express his personality lends Nuta a valuable vitality that was lacking in the straitjacketed formality of Senses. Being here is fun!

Foodies immediately connect Camastra with the weird and the wonderful. Celebrated for his creative use of science, he was previously hailed for his note-by-note philosophy, an artistic process that saw him extract flavor molecules from some foods before adding them to others. Things have changed and now Camastra is keen to push his artisanal credentials. “Anyone can learn science,” he says, “but using artisanal methods takes real skill.” This much is evidenced by the bread, the choice of which includes Barese-style focaccia, garlic butter layered brioches and two types of sourdough. Accompanying it is in-house butter that evokes the taste of the Polish karczma with its emulsion of smalec and pickled cucumber. Frankly, with this kind of perfection, you’d be happy to tell them to forget all the rest and bring you a sandwich. 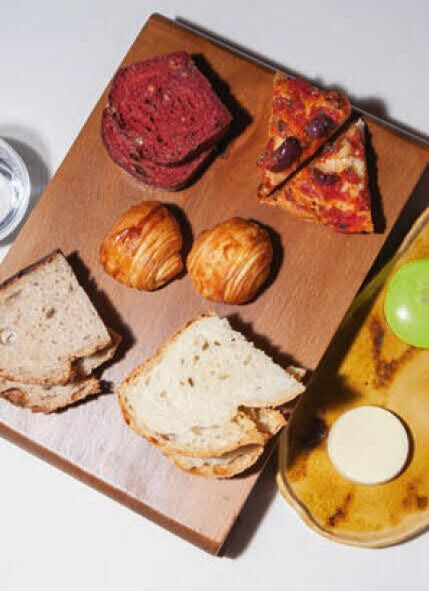 Despite eyewatering offers from abroad, never did Camastra consider leaving Poland when Senses found itself guillotined by Covid. “Why would I,” he shrugs, “I love this country.” This much is apparent via a menu that has sought to celebrate his newfound life in Warsaw. Of course, there are cheeky references to Italy (the mini pizza, for instance, which mixes Tuscan and Neapolitan styles and is enjoyed with garlic foam), but these are outweighed by the heavy Polski slant.

Take the chłodnik as an example, a dish made with fermented beetroot juice and served in a chilled gazpacho style with 12-year-old balsamic vinegar, goat cheese foam and a fresh hit of horseradish ice cream. Next, sea trout that’s been barely cooked and served with sour cucumber gazpacho, daikon pickle, compressed cucumber, mustard ice cream and a miso leaf wheel. Locally caught, we’re told, the fish is, but such is its texture that it could have been sent from heaven.

And from there, the going gets even better. Nordic sea mackerel comes with a Polish teriyaki glaze (sour cucumber and sour cabbage juice) and a broth of allium to represent the onion and garlic family. But the biggest win of the night comes from the duck, a beautifully-cooked bird in a sauce of such oomph that it might knock you sideways. “It gives a real uppercut,” says the chef, and he’s completely right. So good as to be almost overwhelming, the eel also delivers a high-impact response. Cooked “po grecku,” it swims lightly on a broth made from the wriggly fish’s bones and skin.

Palette cleansed with a lemon cube of ice that dissolves in the mouth, dessert is the final treat and a triumph of happiness – panettone dipped into a glorious ooze of chocolate and petit fours that left us so floored we forget to take notes. What we cannot forget is the gratification they gave.

Nuta is a world-class experience, and as such it’s easy to reach dizzying figures where your bill is concerned – for the full pleasures of this restaurant, the Maestro menu tots up to a cool PLN 590 per head with service from the first to last dish lasting around three-hours. Comprised of approximately seven to eight dishes, the Virtuoso menu is priced at PLN 450 and will swallow around two hours of your time. However, for lighter wallets, the Compositore menu (available from Tuesday through to Thursday) is tagged at a more affordable PLN 295 for three dishes of your choosing. Yes, that might sound pricey at first glance but remember this: Nuta has no peer. Aimed at people that want to enjoy the very best that life has to offer, the financial trade-off is definitely worthwhile. Give them your money, give it all! 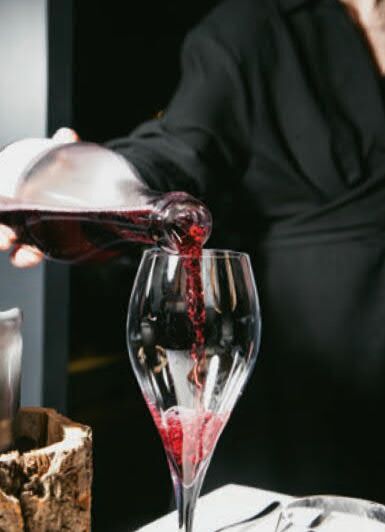 Extraordinary in every respect, Nuta is a place where the impossible happens. A complex odyssey that engages every pleasure receptacle in the human body, it is absolutely unthinkable that anyone can leave without being staggered by the quality. Camastra himself says he’s no longer chasing Michelin stars, and that’s principally because he knows they will arrive regardless of his goals – and yes, interpret that not as a sign of arrogance but for what it really is: a statement of fact. Visit here and you will be grappling with the spectacular. 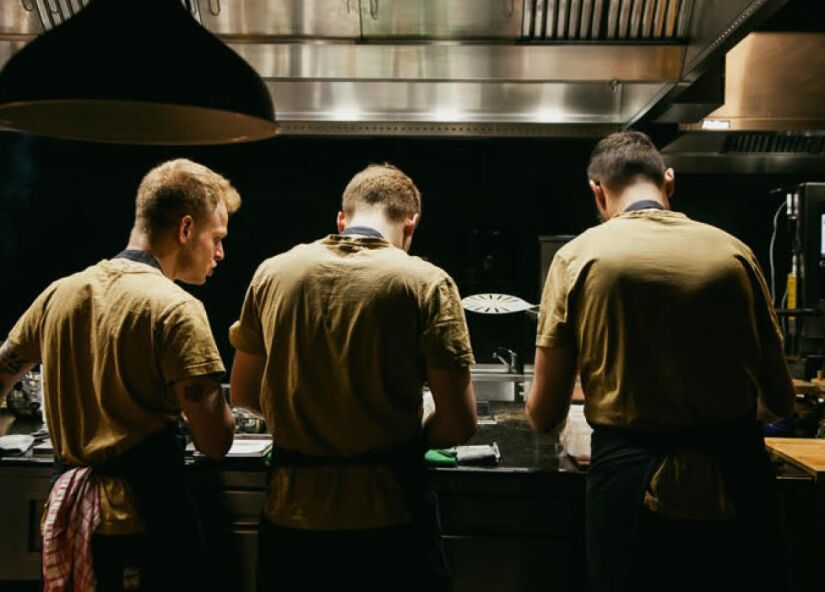