Getting ready for post-Covid rebound

Warsaw remains one of the most important markets for developer Karimpol Group. The company, which will finish its Skyliner office tower in the city in January, is looking for new sites there, says co-owner and managing partner Andreas Prokes. INTERVIEW BY ADAM ZDRODOWSKI

WBJ: Karimpol has been present in the Polish market for over 20 years now. What made you enter Poland two decades ago and how important is the country in your development and investment strategies at the moment?

Andreas Prokes: We entered Poland in 1997, just eight years after the political and economic transformation of the former communist countries of Central and Eastern Europe and we were convinced that the region had huge growth potential due to its size and population. Since then, the attractiveness of CEE has only increased – Poland and its neighbors are now members of the EU and have greatly benefited from EU funds – and the region remains our main expansion target.

The Karimpol Group is now present in five countries – Austria, the Czech Republic, Hungary, Poland and Slovakia – and Prague and Warsaw are the most important markets for the company. We may have been less active in the Polish capital than some of the international office developers, but this results from the fact that we are a privately-held business owned by two Austrian families with no institutional investor being involved. This means some limitations, but it also gives us a lot of freedom when it comes to the realization of our plans.

We do not think in terms of volumes but have always been focused on reasonable, organic growth and a cautious selection of the properties that we want to build. Thanks to this, we have been able to deal with different market crises, including the present one, relatively well. 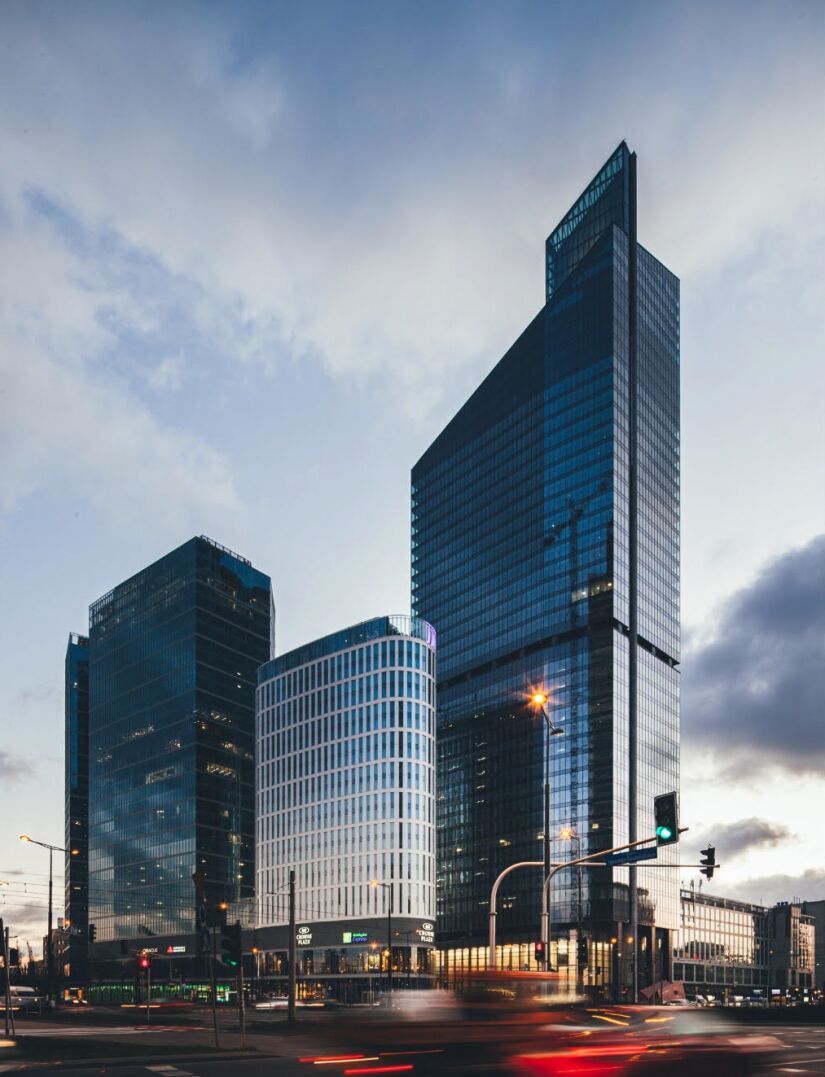 From your perspective, how has the Polish office property market changed over the last 20 years?

It has certainly become more mature and more competitive, and offices themselves, just like everywhere else, have become much more sophisticated – just take a look at all the PropTech solutions used in today’s buildings. Tenants have become more demanding and their preferences regarding building types and locations have evolved over the last two decades. Nowadays, there is particularly much tenant interest in space in central Warsaw, including in the new office towers that have been springing up in the city’s CBD and Wola district.

In Poland, you have so far been focused on Warsaw. Will this change in the coming years?

For now, we will remain focused on Warsaw, which is one of the most attractive office locations in Europe. We are looking at a number of regional office markets in Poland including Wrocław, Kraków and Katowice, but we will rather not enter them any time soon.

Poland’s real estate market has been affected by the current crisis, but so have basically all the other markets in Europe. Do you think that Poland will retain its position as one of the continent’s offices hotspots once the pandemic is over?

It will take some time before markets across Europe fully recover, but I am sure that the Polish market will emerge from the pandemic as strong as it was until last year. The fundamentals are there and Warsaw is still seen by international investors and tenants as one of the most attractive business locations on the continent. Crucially, there is still a big gap between yields in Poland and yields in Western Europe. Judging by what we hear from our clients, the inflow of foreign companies and capital will continue in the coming years.

What are your development plans in Poland for the near future?

We are currently looking for plots of land for new office investments in downtown Warsaw. We will probably announce some purchases in the second half of next year. Apart from the office property sector, we are also working on a new logistics concept under the brand “Squarebizz” that we will implement in different locations across Poland, including in the Warsaw area. These will be small business units (SBU) warehouses adapted to the current e-commerce and last-mile logistics trends. As a warehouse developer, we have already delivered over half a million square meters of space in Central Europe and Squarebizz’s users will benefit from our extensive experience in that field. 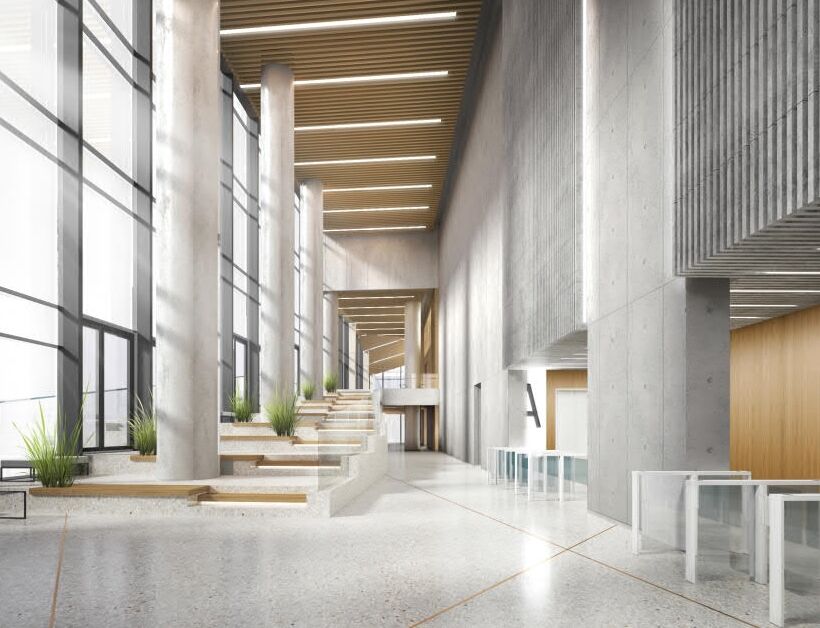 Karimpol will soon complete its Skyliner office project in Warsaw, which is the company’s flagship scheme in Poland. With the pandemic raging on, is the investment on schedule and have you had any major problems while working on it this year?

The project is on schedule and will open for business in a few weeks from now, as was originally planned. Largely due to the strict sanitary measures introduced by the scheme’s general contractor, Warbud, we have actually had relatively few coronavirus cases here on the construction site. At some point earlier this year, capacity admittedly decreased to 75 percent to 80 percent, but this is it. Disruptions in the supply chain have proved to be a more serious issue, but we have successfully dealt with it, too.

The development is also on budget – construction costs have gone up in recent months, but this is something that we took into account from the very beginning. The total cost of the investment will amount to approximately €140 million.

How is the leasing of the development proceeding?

At this moment, we would not like to reveal many details as we are still in talks with major tenants and expect to sign important deals in the coming weeks. However, I can say that the vast majority of the space in Skyliner is currently under negotiation. We aim to finalize its leasing process by the end of next year.

Skyliner is being built in Warsaw’s Wola district where a number of other office towers are now under construction or have recently been commissioned. How will your skyscraper stand out from the crowd?

Skyliner reflects the values we respect in our company: sustainability, quality and solid construction. This skyscraper is the result of our cooperation with the most renowned brands in the Polish market including Warbud and APA Wojciechowski. We expected a sustainable design and great quality and today we can see what a great job has been done here.

Skyliner was designed by one of the most renowned architectural studios in Poland, APA Wojciechowski, and will be distinguished by a number of architectural features including its very height – with its 195 meters to the roof, it will be one of the tallest buildings in Warsaw. It will have a spectacular lobby, the tallest office building lobby in Warsaw, a two-level Skybar located at the height of 165 meters and superfast lifts allowing one to get from the ground floor to the top floor in less than half a minute.

The tower is pre-certified in the BREEAM system at the “Excellent” level and equipped with advanced building applications. We have planned abundant greenery both inside the building and around it.

Will you want to sell the building upon its completion?

At some point in the future, yes, but it will not happen anytime soon. Our strategy is to keep the properties we build for some time after their completion – in some cases, this can even mean quite a few years. We are well known in the market for maintaining long-term relationships with our clients and for the after-sale service we provide to them – we do not want to suddenly abandon the people who have trusted us. We will definitely want to retain this kind of market reputation.

The Skyliner site allows for the construction of one more building. What are you going to develop there and how advanced are those plans?

We are planning a mid-rise office building there and are currently in the process of obtaining administrative approvals for it. APA Wojciechowski is working on the design and we hope to be able to start building the project before the end of 2021. 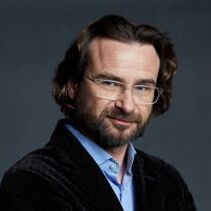 Architect, co-owner and vice-president of the board, APA Wojciechowski S k

Skyliner – already its first photos show that many of the last floors are actually hiding in the clouds. The building, thanks to its architecture, is a very characteristic element of the city skyline. It is distinguished by both proportions and carefully developed shape.

The high tower – soaring and slender – was firmly set on a wide, glazed base 16m high. This elevation above the ground level is extremely important for its proportions. It gives the impression that the upper part of the building is floating above the ground. Single-spaced, fully-glazed hall provides a very clear entrance to the office building. The interior of the hall with an external public passage connects the so-called Spanish stairs. They penetrate the façade, merging the ground floor with the first floor of the building, both inside and outside. They will perform not only a communication function but they will also include seating and greenery, thus creating an informal meeting place.

The spacious staircase in the Skyliner will be a lively public space where people will be happy to spend time. The lobby will become – depending on the need of the moment – a cafe, a place for a spectacular fashion show, an audience for a theater event, a cinema shows or an art gallery.

We designed a whole range of public services here. The accessibility of the building and its connection with the city are very important elements of the entire project for us. Therefore, in front of the office building, a passage and a square are created, which was based on a strictly geometric composition of trees and will be filled with greenery, enlivening the space and encouraging to walk or rest. The most important architectural element of the entire Skyliner composition is a wall of architectural concrete, which connects a completely glazed hall, a 195-meter tower and the top of the building – a two-level, elegant SkyBar. Its guests will see an amazing panorama of the entire city of Warsaw and spend time in an intimate atmosphere.

The interior of the building is also impressive. The space on repeatable floors is left without intermediate or corner columns, making it possible to freely arrange office spaces. The glass façade with the highest thermal and acoustic parameters enjoys its simplicity and excellent proportions.

The team of architects and engineers designing the skyscraper worked in a fully-integrated BIM environment. The building has obtained the BREEAM pre-certificate at the Excellent level.

Skyliner is an elegant and timeless building and we are very proud of it.