Consumers’ tastes are changing, and the retail industry has to adapt to stay in the game. WBJ speaks to Scott Dwyer of Atrium, a leading owner, operator, and developer of shopping centers in CEE, about the changing face of Poland’s retail landscape INTERVIEW BY ALEX WEBBER

WBJ: How is the market going to remember 2019?
Scott Dwyer: In my view, history will look in 2019 as a year of reflection. Taken as a whole, the market has experienced big changes this year: retailers have rethought their strategy while landlords have sought to stabilize their assets. The unknowns have made people a little more conservative than usual, but I think it’s very clear that those players with a good strategy have continued to march on. We’ve seen shopping centers open, we’ve seen extensions delivered. Further, there’s been a lot of positive leasing activity and we’re starting to understand the point that retailers want to reach. Irrespective of the shadows cast by e-commerce and the Sunday trading ban, retail sales have grown. And while supply has dried up somewhat, that’s meant that, on a macro level, this growth hasn’t led to cannibalization of the market. Essentially, the market has matured in a number of ways, and the decrease in supply is a tell-tale sign. Of course, there’s bound to be winners and losers, and landlords are definitely having to think harder to make their businesses work, but this is where we find ourselves in a fantastic position. 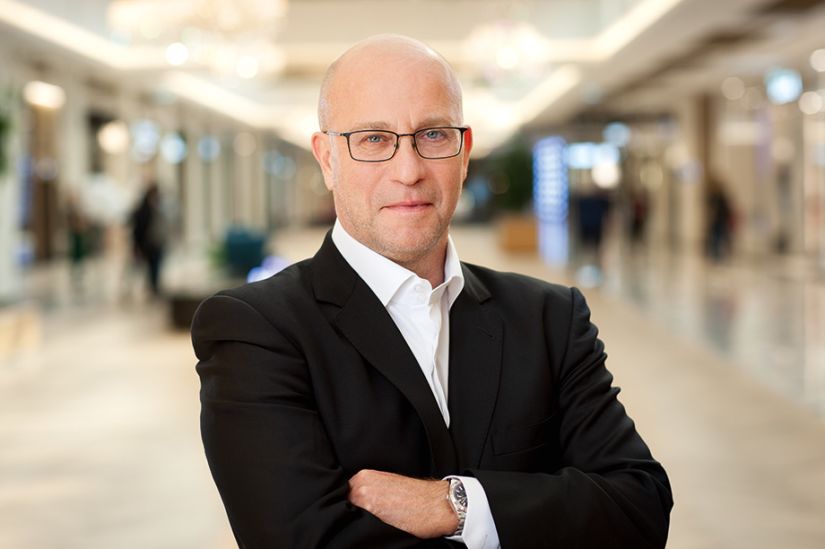 All is good at Atrium then?
In physical terms, there hasn’t been much output from us, but we had a fabulous 2018, with highlights including the opening of three extensions in one city within the same month. We’ve been digesting that this year to ensure those schemes stabilize and season well, and we’ve seen that with an increased footfall of between 20 and 25 percent. Now we’re using this year to prepare for the next wave of extensions in 2020 as well as looking outside of the country to reposition our core schemes in Prague, as well as further afield in Russia.

One of the words we’ve heard more of over the past years is differentiation…
Landlords want to diversify away from fashion while consumers are looking to branch away from their basic needs. That’s led to changes in tenant mix and that takes time. If you want to be a successful landlord, you need to get ahead of the curve and make these changes first. In our case, we’ve been expanding and rethinking our F&B offer for several years while simultaneously working on our internet resistance and increasing the size of our anchor fashion stores – that way, when they look to consolidate, they’re looking to consolidate in our shopping centers rather than concentrating on their periphery stores that don’t meet their requirements.

What more can landlords do?
In our case, we’ve got medical centers, gyms, and cinemas and we’re continually looking to add to our F&B. But this year we’ve also started to really explore the value of community spaces that offer different types of classes and courses throughout the day – things for the elderly, mothers, or children after school. This is not to make money but to build loyalty.

You mentioned previously that the Sunday trading ban hasn’t had the negative effect that some analysts had originally forecast. Even so, the legislation stands to get even tougher next year…
Generally speaking, consumers have already recalibrated their habits to shop six days a week so I don’t see any major issues. Many retailers are finding they’re saving on direct costs and that’s the same with landlords. Our centers aren’t closed though, and we still enjoy strong cinema patronage and suchlike, especially in high-density, urban locations. That does influence the tenants we have, and likewise, some retailers need to be open seven days a week rather than six. Clearly, those need to be switched out, but that’s the nature of the business.

How is your tenant mix changing?
Looking at our top ten tenants seven or eight years ago they were predominantly hypermarkets, DIY stores or others covering basic needs. Now it’s LPP, CCC, H&M, etc. Shoppers have become more aspirational. Despite that, we’re working on increasing our leisure and gastronomy and right-sizing our fashion offer. A lot of people comparison shop in our bigger schemes, so having all the big fashion brands is essential, but in the smaller ones, the fashion component is decreasing. If fashion once represented 50 percent of our offer, today that figure is closer to 40 percent. What we’ve realized is that security of cash flow isn’t rooted in having big international tenants but about growing your sales – if a big ten-ant isn’t working then there’s no long-term benefit, so instead we’re looking to focus on fundamentals of footfall which in turn drives sales. 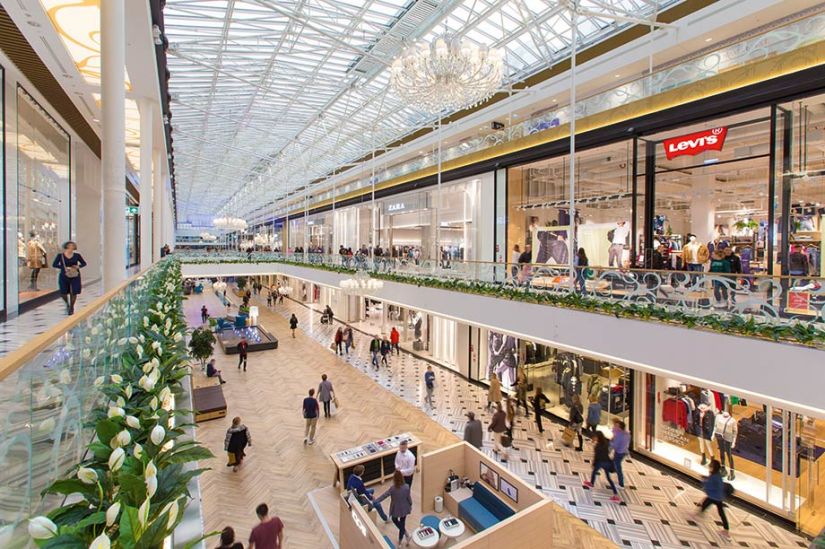 How is e-commerce impacting Atrium’s strategy?
Retailers are driving the move towards omnichannel sales and we need to balance our offer to their needs – once we understand their strategy then we can react accordingly. We’re definitely seeing many online retailers looking to establish a more physical presence as they’re increasingly aware that without one they risk getting lost in the forest. We’re particularly excited about Wars Sawa Junior as that will have an estimated 60 million people passing through it every year, which is obviously a tremendous marketing opportunity for a business.

Speaking of Wars Sawa Junior, what’s the status of the project?
On the record, I can’t say much, but we have set a five-year business plan in motion and we know the scope of what we want to do and how much money we want to spend. This is a year of retooling and part of that has meant establishing what we want and can do with Wars Sawa Junior. What we will do is respect the heritage of that wonderful site – we are committed to working with the city and revitalizing and upgrading an area that has, to all intents and purposes, been neglected for a couple of decades. We’re sure that with the right investment it will become a real anchor to the pedestrian high street.

A lot of noise has been made about mixed-use schemes such as Hala Koszyki, etc. More such schemes are set to open, especially in Warsaw. What is Atrium’s take on them?
We don’t see them as directly competitive but complementary. They’re doing a wonderful job of maturing the market and testing out food and beverage concepts.  On top of that, they’ve helped change Poland’s entertainment culture. Compared to western countries, we’re still spending less than half on F&B than we should, so these developments must be credited for being at the forefront of developing that market. 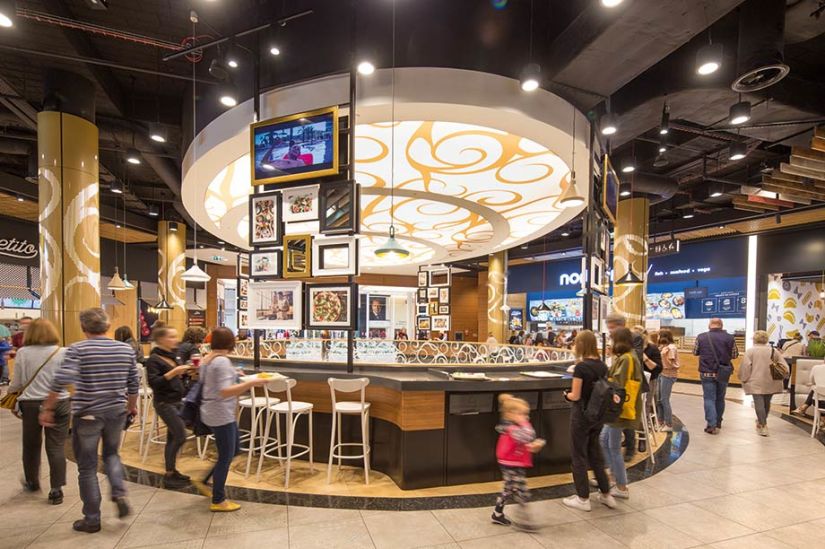 In terms of outlook, what do the next 12 months hold for you?
Our normal day-to-day business doesn’t go away, so we’ll sign approximately 800 leases covering 160,000 to 170,000 sqm. And we are working on a number of repositioning and redevelopment opportunities throughout our core portfolio. In the longer-term, we will focus on densifying our urban locations. We own a lot of land around our real estate, so we will be looking to potentially introduce more mixed-use elements, whether they be residential housing, offices, etc. We have the team and we have the expertise so that’s something we’ll be looking at exploring.

Poczta Polska offers insurance against ‘storms’
Chopin Airport served 46,000 passengers in June
Over 16% of Poles buy online more than before: report
Tourist voucher to be available by end of July: minister
get more news

Economy thawed out by nearly 80%: experts
Over 15% y/y fall in industrial production in May in Poland
Moody’s predicts weakening of Poland’s rating
‘In terms of unemployment figures, July comparable to June’
get more news

Fight against money laundering crucial to ensure Europe's...
IMF on global public debt: It wasn't so bad even after...
Europe limits greenhouse gas emissions but there is still lot...
Bulgaria and Croatia accepted into vestibule of euro area
get more news