POLISH CITIES OF THE FUTURE 2050

Armed with unlimited imagination and expert knowledge, students of the Faculty of Architecture of the Warsaw University of Technology are reimagining Poland’s capital city. Visitors discovered a range of new urban landscapes in the exhibit "Warsaw 2025 - the city of the future".

A giant aquarium over Karski Boulevard, a green Silesian-Dąbrowski Bridge and a "hidden" Jerozolimskie Avenue – is this what Warsaw will look like in 2050? Up until September 18th, in front of the Zodiak in the city center, visitors had an opportunity to examine the visions of students from the Faculty of Architecture of the Warsaw University of Technology, who were inspired by the report “Polish Cities of the Future 2050”.

Students presented visions of the capital on several boards. Each of them were divided into two parts. One showing how a specific place in Warsaw looks like today, and the other showing what the same place could look like in 30 years.

In creating their vision of a future city, the students were inspired by the report "Polish Cities of the Future 2050" prepared by the Saint-Gobain company in cooperation with the Polish Society for Studies on the Future.

The report was accompanied by a ranking of cities of the future. It takes into account the largest Polish cities and assesses which of them best implement solutions that make the vision of a city of the future a reality. Poland’s capital was ranked first in this list. 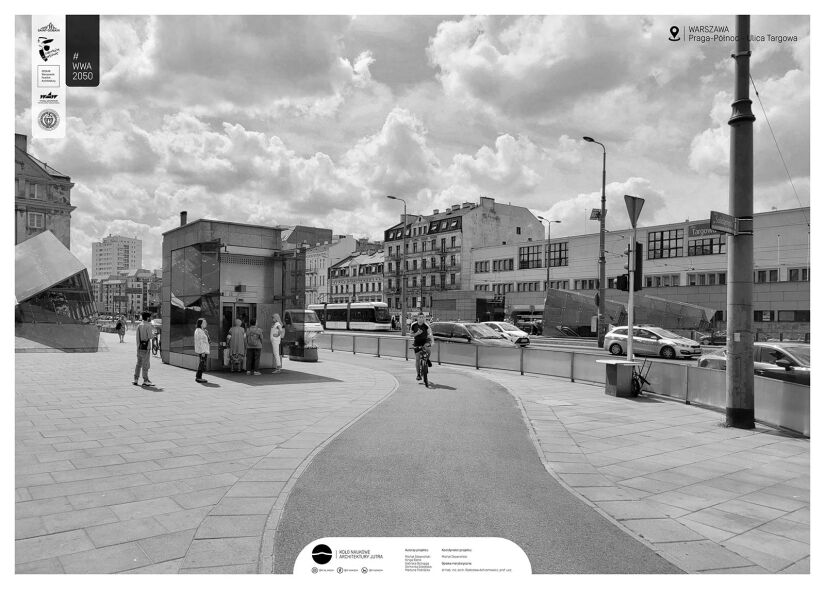 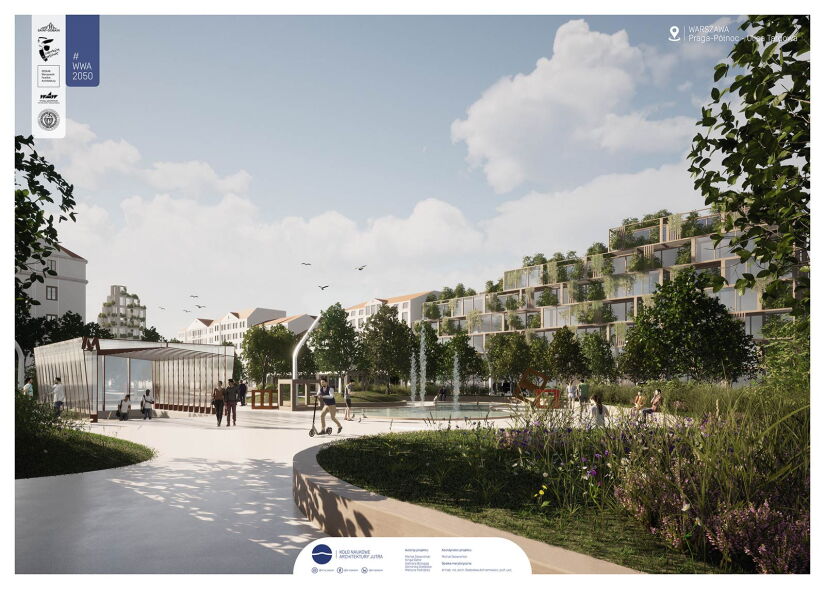 “The architecture of future cities will depend not only on architects, but also on social factors. Will we work at home or in an office? Will we move in zero-emission vehicles or in rail transport? Will we relax in a real or virtual space?” asks Karolina Zdrodowska, the Director and the Coordinator for Entrepreneurship and Social Dialogue at Warsaw’s City Hall. “Ideas of specific solutions, but above all questions posed by students are a challenge and an inspiration for us to act. We want to leave [behind] an even better city to live, work and develop for the next generations of Warsaw citizens. Perhaps similar to the visions that the students present at the exhibition.”

According to Michał Ciesielski, Brand, Communication and Digitalization Director of the Saint-Gobain Group, “We are pleased that our report is slowly becoming a substantive standard to which other talented young architects refer in their works. They will decide about the appearance of our cities in the future. These visions seem very promising, and from the technological perspective, which we can easily assess, we know that they are achievable today.” 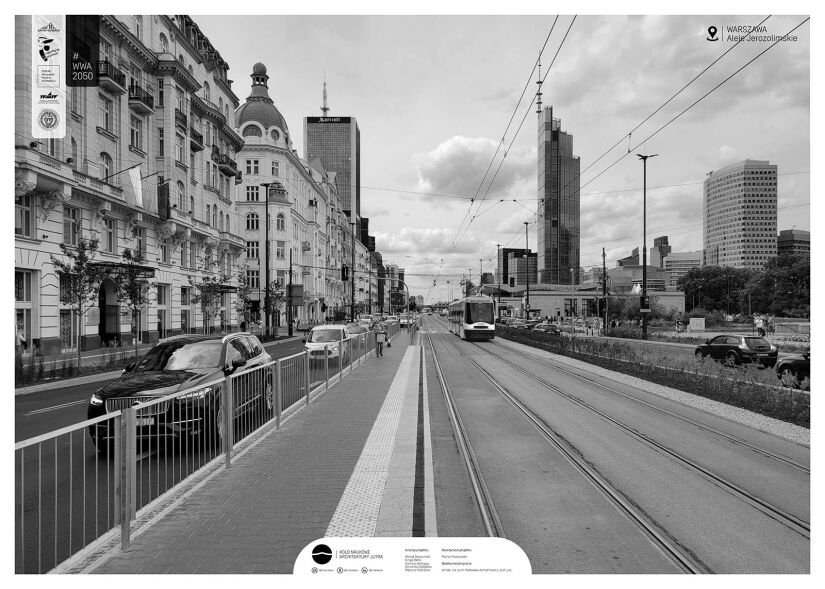 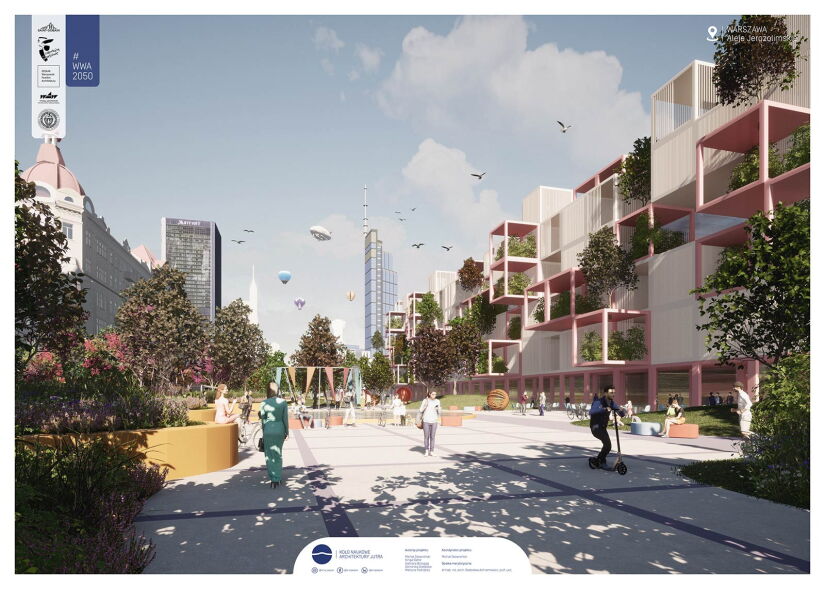 “Our vision of Warsaw of the future correlates with the world's observable trends. In this vision, we give the city to Varsovians. That is why, among other things, we hid today’s well-known Jerozolimskie Avenue, which is most frequently viewed from the perspective of the car. [We are] proposing a newer version dedicated to pedestrians. We proposed the development of Podmoście in the Old Town, because we wanted to combine the Mariensztat, the Royal Gardens and the Boulevards with the architecture of the Old Town. The Silesian-Dąbrowski Bridge, on the other hand, can be a beautiful, friendly green link between the two banks of the Vistula River. Of course we have more proposals. I invite you to visit the exhibition,” says Michał Skowroński from the Scientific Circle of Architecture of Tomorrow, the coordinator of the project.

The co-organizers of the exhibition in front of the Zodiak – the Warsaw Pavilion of Architecture – are the capital city of Warsaw and the Saint-Gobain Group. Full elaboration of the reports: Polish Cities of the Future 2050 and Polish Cities of the Future 2050 Through the Eyes of the Young, together with a description of the methodology of their creation and scenarios of the future can be found at: www.miastaprzyszlosci2050.pl