Running a small business is arguably more difficult than running a large one; it often requires staff to cover several functions and the loss of even one team member can cause a real headache. When it comes to completing transactions in a small business, there are even more challenges that come to the fore 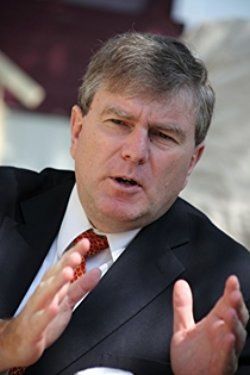 I have run both a small and large businesses, and it has certainly been my experience that running a small one is more of a challenge. When running a large company, you have resources such as specialized staff and better systems. In general, there are more resources to solve problems as they arise. When running a small company, it is often difficult to afford highly qualified staff. A small company might be lacking certain functions altogether, such as a controller, HR director or in-house counsel. If a small company loses a key staff member, it usually leaves a gaping hole. When a larger company loses a key staff member, one can usually promote someone from within. In a small company, the CEO often has to be a jack-of-all-trades, chief cook and bottle-washer, filling several operational functions at once.

• The greater difficulty of managing small companies, as explained above, makes them higher risk, and hence less desirable to investors.

• Ironically, it is often easier to find a buyer for larger companies than for smaller companies. Strategic investors and private equity firms prefer targets that “move the needle,” that have a certain critical mass. In my experience, usually this threshold kicks in at a transaction valuation in the range of 10 million euros or dollars.

• As an owner of a small company (say with revenue of €1-2 million), it is often difficult to afford an experienced law firm for a transaction, let alone a good financial advisor, who might be used to earning a success fee of several hundred thousand euros.

• For buyers, investing in a small company, which often has a very “thin” management team, can be a high-risk proposition. If one or more members of such a management team leave, or turn out not to meet expectations, the entire investment may be at risk.

• In any transaction involving a smaller company, it is often challenging to obtain timely and quality information, due to lack of systems or specialized staff (such as a controller) etc. This can cause enormous strain on the management team of a small company, as well as in the negotiations between the parties.

Furthermore, the valuation of larger companies is often more advantageous than for smaller companies, often commanding substantially higher multiples of revenues, cashflow, EBITDA (earnings before interest, tax and depreciation), So, what can a small business owner do in order to improve valuation and the chances of competing a transaction? Become a larger company:

• First, growing the company organically to a larger size, so long as that growth can be done profitably and without endangering the financial health of the company, might be one approach.

• Acquiring other companies might be another way of growing – obviously, the acquisitions should be value accretive rather than diminishing value.

• Merger is another option to increase size. This is an option which is perhaps not applied as often as it might be. It is entirely possible to merge two smaller loss-making companies and create one profitable larger company. This requires careful financial engineering, and a good mix of management skills and human resources.

• Qualitatively improving the small company to have it run more like a large company (e.g. with a high-quality management team, better systems, better corporate governance) can at least partially help to dig the company out of the trap.

In a nutshell, completing a first transaction with a small company can be even more challenging than managing a small company. Finding expert legal and financial assistance that is capable of working within the budgetary constraints is also an important ingredient to success. Most owners will typically attempt such a transaction themselves, with assistance from legal counsel. Often it ends up being a learning experience rather than a successfully closed transaction.