A longing for honest politics

Poland has earned kudos at the economic front. However, at the political front, the brickbats have outnumbered the plaudits. Małgorzata Kidawa-Błońska, a well-known politician, provides important insights. Interview by Ewa Boniecka

WBJ: How do you assess your present role in politics after the victory of Andrzej Duda in the presidential election? You were the opposition’s candidate for the presidency of Poland in the 2020 elections until you resigned in May. How do you personally look at your decision?

Małgorzata Kidawa-Błońska: I don’t have any personal bitterness. I was active in supporting Rafał Trzaskowski [who replaced Kidawa-Błońska] in his presidential campaign and now he can also count on my help in building a civic movement and rebuilding the party. [Civic Platform (PO) constitutes Poland’s biggest opposition party.]

I decided to resign because for me the aim was to change the president in the last election. When it was clear that the support was bigger for Trzaskowski [than for me], I thought there was no sense to compete within our party because the whole opposition had to concentrate on the fundamental matter of electing a new president. I also took the important decision that the presidential election could not be performed in May because people would not be able to take part in it due to the coronavirus. So I insisted that I would boycott it. When later Trzaskowski became our candidate I backed him. At the time the people I talked to thanked me saying I had the strength and courage to take such a decision and that I thought about them. I always think about people and will work for them in politics.

You are the deputy speaker of Sejm [the lower house of parliament]. How do you see the work of Sejm in the present political situation in Poland?

Nowadays, Sejm is not the place that it used to be. During the last terms and in the last months it was not the place of debate. The legislation forced by PiS [Poland’s governing rightwing populist and nationalist party] is accepted during late night hours and in an unprecedented short time. The members of the opposition are not respected. So the citizens who voted for them are also not respected. Sejm has a bad reputation today.

We have roughly three years to the next parliamentary election [fall 2023]. How do you see your role in helping Trzaskowski to build a social solidarity movement? In what direction should the changes be made in PO?

The changes are always necessary because people in Poland are changing, as is the situation in the country and in the world. And so do political parties. The strength of the PO is that we are open to people and new environments. Now is the time to enforce these changes. I am in favor of further development of the party and changes in the structure. On the other hand, there are lots of people who want to act but not necessarily be a member of any party. They want to act outside but support the ideas of a chosen party according to their wishes. That was shown when 10 million people (slightly below 50 percent) voted in the presidential election second round for Trzaskowski.

How to make those changes in PO. What will you do to organize a social movement and encourage people to be involved in it?

The most important thing is to have permanent and personal contact with people. I have built such contacts in the last three years. I would go to the places that hadn’t been visited by politicians to talk and listen to people. Certain groups of citizens get information only from one source, which is most often the so-called public television [that acts as PiS’s mouthpiece]. They are excluded from other information and personal contacts. They often do not talk to truly democratic, honest and progressive politicians. I will engage myself to change it, to discuss their problems and aspirations, to reform the functioning of our party and make changes to it. I think that it will be time to reduce the activity of some of our officials and present young members of the party with their drive for personal communication with people who want democratic changes. 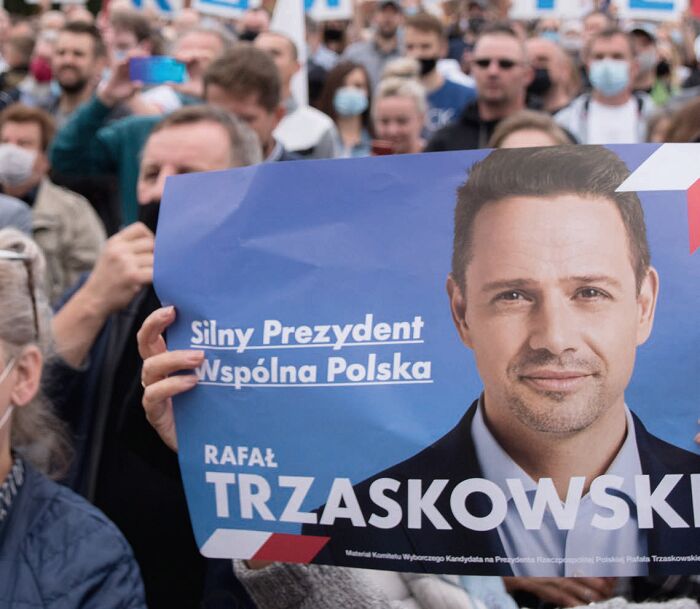 How do you assess the still existing deep division among Poles, division between the rich and the poor, the elite and the common people? Is it historical, cultural, religious or mostly a civilizational character division? How should politicians and the PO react to all those divisions?

That division of society is not, in my view, only of a civilizational character. Such an approach is a simplification. Poland is divided in all segments: between people with higher education and the less educated, the rich and the poor, the old and the young. The church is divided as are Polish culture and history. I think about the values which can connect the groups attached to democracy with the groups that are indifferent. I think that it is difficult to describe because they have a different perception of the world and philosophy of what Poland should be. But I am always looking for it when I am in big and small places or when I am talking to top professionals and homemakers, daily wage earners and businesspeople. Such dialogue is very important. There is a need to use in it a humane and honest language and not arrogant speech. In those meetings and when expressing my views, I stress the need for democracy, attitude to lawful social life, respect for the rule of law, respect for people of various skin color and various sexual orientations. And it is important in every place in our country. I believe that Poles are thinking about such problems. Some are ready to change their views on various matters and it could prevail over PiS’s policy.

PiS’s rightwing coalition government has now some internal problems. There are divisions between the factions led by Zbigniew Ziobro [far-right Solidarity Poland], who is fighting against LGBT+ rights and demanding other revolutionary steps, and that led by Jarosław Gowin [conservative Agreement] who holds a critical attitude toward the limitation on the number of ministers. Will it have any impact on how PiS wants to conduct its policies in the years before the next parliamentary election?

PiS led by Jarosław Kaczyński [de facto leader and strongman] and the government of Mateusz Morawiecki will conduct an aggressive and unlawful policy. They will reconstruct the government but not change their policy. They love power, extreme rightwing ideas and their party’s material interests. So they do everything to maintain power and win elections. The situation in Poland in the coming months will be very difficult in all aspects. The judiciary system will be further abolished. Local governments, free non-governmental organizations and free media will be attacked and taken under PiS’s control. The working conditions of people, the situation in the economy, the deficit in the state budget and the effects of the coronavirus in schools will lower the living conditions of the whole society. Our relations with the European Union will also be under stress as the government ignores the strong reaction of the EU toward all unlawful steps in PiS’s policy.

And at that time, what will be the activity of opposition parties and the role of the PO and Trzaskowski in order to build a strategy for common victory in the parliamentary election?

Of great importance will be the building of a large citizens’ solidarity movement and cooperation between all opposition parties to create among all Poles the need for a democratic and just country. The 10 million who voted for Trzaskowski are waiting for him now to integrate those who want a different Poland – one that is open to people with a democratic attitude toward all matters, one with lawful functioning of all institutions, culture, understanding of our difficult history and national identity in the outside world. I believe that Trzaskowski will build a social movement and will act to change the PO. He has the strength and honesty to do everything to engage Poles in making changes to the country and win the parliamentary election. It is important that Trzaskowski is supported by a large number of people in the fields of science, culture and economy, and by women and young people living in all parts of the country, in small places and big cities. Poles holding various jobs and positions and from different generations want to act for a democratic Poland that they love.

My last question is, when will all those efforts be made? Time is passing quickly. Concrete steps are needed to build the social movement to reform the PO and make other opposition parties support it in the name of democracy and progress. Nothing has been done yet?

There is a need to make it as quickly as possible. I am meeting with people everywhere. I know they are waiting for change and longing for an honest organization of a new activity of the whole democratic opposition. 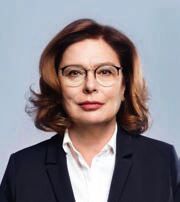 Małgorzata Kidawa-Błońska is a Polish politician and member of the opposition Civic Platform (PO) party. She is also the deputy speaker of the lower house (Sejm) of parliament.