Norway and Poland go way back. Sizable grants allocated to Poland and energy cooperation including the Baltic Pipe will link the two countries even more closely. WBJ talked to Norway's Ambassador to Poland, Olav Myklebust. INTERVIEW BY EWA BONIECKA 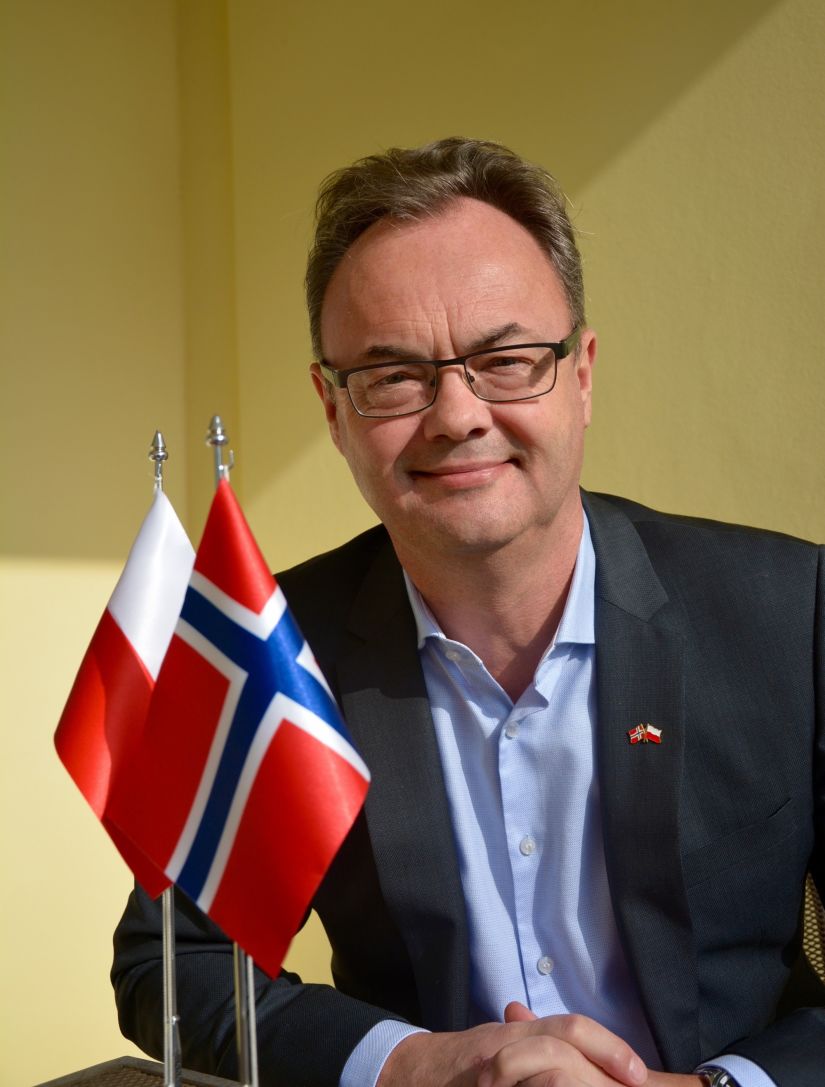 WBJ: From the time Poland joined the EU in 2004, Norway – which is not a member, but belongs to the European Economic Area – has transferred millions of euros to Poland in the framework of the so-called Norwegian Fund. What is the reason for your significant financial help for Polish development?

Ambassador Olav Myklebust: When Poland joined the EU and also the EEA in 2004, Norway and Poland became even closer partners. For Norway, it is important to contribute to cohesion in Europe and reduce economic and social differences. This is one of the reasons why we are happy to provide funds to Poland for these purposes. The funds also bring our populations, companies and institutions closer together. So far, 3,000 projects have received almost PLN 5 billion and the results are amazing not least due to the fantastic work by our Polish partners. Projects include the modernization and greening of power plants in many Polish cities, including the Siekierki plant in Warsaw. Some of the most renowned sites of cultural heritage have also been restored, such as the Warsaw Museum, the Wilanów Palace and the Sukiennice in Kraków. Now we are excited about starting the third period of grants and PLN 3.5 billion will be spent all around Poland over the next five years.

Was the help related to decisions made in the EU or is it Norway’s independent decision?

The overall framework of the funds is negotiated between the donors – Norway, Iceland and Liechtenstein – and the EU. The overall priorities, as well as the distribution of funds between the beneficiary states, are agreed in those negotiations. The donors then negotiate with each beneficiary state on more specific priorities, and one and a half years ago the donors and Poland agreed how to spend the €809 million that was allocated to Poland for this period. We agreed that the funds will go into 11 different programs such as environment and energy, local development, education, research, etc.

Most of these programs are operated by Polish authorities in cooperation with partners from Norway, but for the donors, it is important that the Civil Society fund, which has been allocated some €52 million, will be operated independently of the local, regional and central government. This is a general principle that applies to all states that receive grants. The civil society organizations operating these funds will select which projects to support based on the merits of the applications, and for Norway, supporting civil society is a very important part of the grants.

Are Norwegian-Polish relations close in your opinion?

The warm and close relations between Poland and Norway come from a number of sources and go back centuries. We are allies in NATO, partners in the EEA, we are energy partners and we trade more and more. But perhaps the most important thing for our relations is the friendship between our people. We remember the crucial Polish contribution at the Battle of Narvik in 1940 and we remember the 1980s when Norwegians teamed up to support the heroic battle of the Polish people and the Solidarity movement against communism.

What is the value of our trade and in which areas it is developing the fastest?

Trade between Poland and Norway has increased significantly over the past 20 years and is now close to PLN 20 billion. Poland is among Norway’s top ten trading partners both for export and import. And even with Poland as the largest importer of Norwegian seafood in the world and the fact that it imports a substantial amount of military equipment from Norway, Poland has had a trade surplus with Norway for a long time.

Polish exports to Norway are varied, and include vehicles, metal goods and furniture. I believe the strengthening of our energy cooperation holds the biggest potential for increased trade and investments between our countries, not least when it comes to diversification and greening of the energy mix here, but also when it comes to the defense industry I see scope for stronger cooperation to the benefit both countries.
One of Poland’s top priorities is energy security, with the Baltic Pipe project playing a big role. The project has finally been accepted. How are the preparations going for this huge investment?

The energy cooperation between Norway and Poland has developed significantly over the past ten years, including through Polish investments and activities on the Norwegian Continental Shelf. The next big step when it comes to gas is the construction of the Baltic Pipe which will make it possible to send gas from our continental shelf through Denmark to Poland. The ambitious, but I believe the realistic plan is to have the pipe operational in 2022. When in Poland, the gas can be used here or sold to other neighboring states depending on the infrastructure. Norway already has pipelines sending gas to the UK, France, Germany and Belgium so we have a lot of experience in running gas pipes. But what is essential for Polish-Norwegian relations is the fact that the Baltic Pipe will strengthen a long-lasting, close Norwegian-Polish partnership in the energy sector.

How do you see relations with Russia in the changing world and the situation in Ukraine?

Norway and Poland both have a common border with Russia. And even if our history with Russia differs, we are allies in NATO and I find that to a large extent we have common views when it comes to security and defense-related issues.

Russia’s use of force in contravention of international law has weakened security in Europe. At the same time Norway has a longstanding tradition of cooperation with Russia in areas of mutual interest such as environment and fisheries and this cooperation continues. The situation in Ukraine is obviously very difficult. Ukraine is a big and important country for Europe and Norway continues to provide substantial support to Ukraine for the reform programs.

Norway is a member of the Schengen area; is your society open to receiving immigrants?

Norway is an open society, we have an open economy and we are open to foreigners. We have welcomed a large number of immigrants from different parts of the world over the past decades. Now immigrants constitute around 15 percent of our total population. This has provided Norway with new skills, a bigger workforce and diversity.

The immigrants include quite a large number of refugees and we are one of the countries that accepts the most refugees through the UN system, taking into account the size of our population. We should also remember that migration is nothing new – 1,000 years ago Princess Geira, daughter of Polish King Bolesław the Brave, married Norwegian King Olav Tryggvason and moved to Norway. And a 150 years ago Norwegians migrated in huge numbers to America. Today there are almost as many Americans saying they have Norwegian origins as there are people living in Norway. So, while there are domestic political discussions about immigration, I am convinced that Norway will remain an open society and continue to welcome foreigners.

You have quite a big Polish group living and working in your country. How do you assess this situation in Norway?

Around 100,000 Poles live and work in Norway and they constitute the largest group of foreigners in our country. In addition, some tens of thousands of Poles come to Norway to work for shorter periods. In general, Poles are highly respected in Norway as hard-working, law-abiding and polite. And my impression is that those who have moved to Norway are happy there. Now and then cases related to childcare in Polish families living in Norway were critically reported in the Polish media, but I would like to stress that the number of those cases has been very small. And actually, per family, the number of Poles who receive any kind of help or advice from child welfare authorities is much smaller than the number of Norwegian ones. There are more than 500 Polish young people studying Norwegian at university level here – something which makes me very humble and proud. We have almost 2,000 Norwegian students in Poland and in the summer season we have around 5,000 Norwegian tourists here every day. You can hear Polish spoken all across Norway, just as you can hear a lot of Norwegian spoken here in Poland. That makes me very optimistic about the future for the ever-stronger relations between our countries.