Prof. Marcin Piątkowski shares his insights on how Poland has battled the coronavirus pandemic-induced economic crisis so far and how to alleviate hardships in the face of growing uncertainties. INTERVIEW BY MORTEN LINDHOLM

WBJ: You have said before that “Poland will get through the crises better than most other countries in the EU.” Do you still hold the same opinion?

Marcin Piątkowski: I do. Poland is indeed doing well. According to the European Commission’s and the EBRD’s projections, Poland will have the lowest drop in GDP this year among all large EU economies. The most recent economic data support these projections. That’s quite an achievement and a testament to Poland’s high competitiveness, anti-fragility and good economic policy.

In your book about Poland “Europe’s Growth Champion,” you describe and provide the documentation for how Poland has made the right decisions and prepared the proper institutions and regulations for success. Are these regulations still in place and will they be continued efficiently?

In my book, I try to explain why Poland has been economically underdeveloped for 1,000 years of its history and why it suddenly became the continent’s growth champion over the last 30 years, during which it tripled its GDP per capita (PPP), more than anyone else. I mention five key reasons for this economic miracle. First, a positive legacy of the old communist system, which despite its fundamental failings, has nonetheless made the Polish society inclusive, egalitarian, well-educated and socially mobile for the first time in its history. Communism demolished the old, feudal and oligarchic social structures, which kept the economy backward for centuries. This newly-emerged socially-inclusive society was not visible until 1989, buried under the distortions, dysfunctions and absurdities of a planned economy, but when communism collapsed, it established the foundations for the subsequent economic miracle. Second, a strong social consensus after 1989 to become “European” and join the European Union was critical. Russia, Ukraine or Belarus, for instance, lacked such a consensus. Third, Poland had high-quality policymaking elites, who, unlike many of their peers in the region, knew exactly where they were going from the very beginning. It also helped that almost every single economic policymaker in Poland after 1989 studied in the West and learned modern economics. In contrast, until 2002, no Bulgarian finance minister even spoke English. Fourth, the success was supported by the emergence of a nascent middle class and new business elite, which helped support a democratic system and open markets. Finally, the accession to the EU and the adoption of Western institutions, rules and ways of doing things were key. Without the EU, Poland’s miracle wouldn’t have happened. The EU institutional “straitjacket” has also helped prevent bad economic policymaking since the accession.

That said, the recent weakening of rule of law reflected in the emaciation of the Constitutional Tribunal [Poland’s highest constitutional court] and in the changes to the judicial system is worrying. The courts in Poland are far from perfect – I think everyone would agree with it – but the government’s “reforms” have failed to improve them. The rule of law will be a critical area to watch in the future. Polish economy and society can’t afford a situation where lawyers would start wondering about the political affiliation of their opponents in court. This is not happening yet, but it is a big warning.

There have been discussions about how the crises and supply chain disruption may benefit Poland in the medium term – as a European hub for production and assembling. What are your thoughts on this?

I believe that Poland is likely to be one of the key beneficiaries of the gradual restructuring of the global value chains. For economic and political reasons, global and European companies will increasingly move their production closer to the final customers. Poland and its neighboring countries will continue to be an ideal place to absorb this extra production.

You live in China – one of the most dynamic economies in the world – with a high focus on technology development. What do you think Poland can learn and potentially adopt solutions that have been successfully implemented in China?

There are many lessons from China, although many of them are not easily replicable in the European context. One key lesson is the importance of public investment. China has increased its GDP per capita by almost 30 times over the last 40 years, a historical record that will likely never be surpassed, partly because over the years it has built one of the most modern physical and digital infrastructures in the world. Poland’s public investment in proportion to GDP is only a third of that of China and the accumulated level of public capital stock per capita is only around half of that in Germany. Given the historically low-interest rates and the ongoing Covid-19 crisis, it would make great sense for Poland to double its public investment. This would directly support economic growth and well-being but also spur lagging private investment. A faster build-up of highways, railways, metro lines, rapid tramways, 5G hotspots, increased investment in education, science and healthcare, and a big push for green investments would help sustain Poland’s economic miracle.

What is your opinion about the politically divided Poland – witnessed clearly at the recent presidential election where both candidates raced neck-and-neck. Is it sustainable for Poland if a more pragmatic and less commercial party of Poland still has power over the development of the country and its people?

Political polarization is worrying, although Poland is not an exception. It seems to have happened in most democracies across the world. The growing disillusionment of the large part of societies, which did not benefit from globalization in the same ways as the elites did, is one of the key reasons for this polarization. Poland’s economic growth has lifted more boats than elsewhere – all 100 percent of the society has substantially increased its incomes over the past 30 years, while in the US, for instance, the median incomes stagnated. But still millions of Poles feel they have been “left behind.” The PiS government’s policy to increase redistribution has helped to share prosperity with more people than before, reduce inequality and decrease poverty. I support this policy, although it was meant to buy votes too. Overall though, the economic policy of the PiS government, including during the current crisis, has been quite pragmatic. Since economic performance is one of the key pillars of the government’s political legitimacy, I believe that pragmatic economic policy-making may continue.

No one knows how long this pandemic will continue to influence people’s lives and livelihood. What are your perspectives for Poland to recover in 2021?

Poland’s economy is like Bayern Munich in soccer. It has a DNA of an economic champion, proven over the last 30 years and it will continue to do well. While no one knows when exactly the crisis will end, I believe that Poland will outperform economically other countries in the EU and retain the title of Europe’s growth champion since 1989. In my book, I project that Poland will continue to grow at a fast pace until at least 2030 and reach about 80 percent of the “old” EU member states’ level of income. This would be the highest relative level ever in Poland’s history and a testament to the country’s golden age.

How has Poland helped its poor people and the most vulnerable during these dire times?

I think that the government has done a pretty good job of protecting the economy and society from the impact of the pandemic. It introduced the largest stimulus package in the region and one of the largest in the EU to help support companies and safeguard employment. And it continued to finance 500+, the public transfer program for children, which is a great instrument to support consumer confidence and spending during the crisis. While I think that the additional, “13th pension” for pensioners is a waste of public resources, it nonetheless also had a short-term  positive impact. At the end of the crisis, poverty will, unfortunately, be higher than before the crisis, but lower than one could expect.

Poland experienced phenomenal growth in less than three decades right up until the crises. In your article for the LSE blog, you stated that in 1991, the average income of a Pole was “less than the citizens of Gabon, Ukraine or Suriname.” What should the country do to continue its economic success through the current economic and humanitarian crises?

Past success isn’t a guarantee of future success. Poland needs to continue to reform to maintain the growth momentum and the fast catching up with the West. In my book, I propose a new growth model called “the Warsaw Consensus,” which is based on 10 policy pillars. It, for example, calls for higher domestic investment to improve infrastructure, increased spending on education and innovation to sustain fast growth in labor productivity, and opening the country to immigration from other countries besides Ukraine to mitigate the negative impacts of fast population aging. As to the latter, Poland could attract millions of brilliant young people from poorer countries around the world to study at Polish universities and then encourage them to stay. This would be a win-win-win for Poland, these young people and their home countries. In the short-term, the government should leverage the lowest cost of debt financing in Poland’s 1,000-year-old history and the remaining fiscal space to double public investment, including in green and digital economy, double salaries of scientists and double the number of foreign students in the country, studying offline and online.

Could Poland’s response to the crises have been better? If yes, how?

As Yogi Berra said, “if the world were perfect, it wouldn't be.” So it goes with crises: there is never a perfect response to an unexpected shock. I think that overall Poland did pretty well by imposing the lockdown earlier than many others, by introducing a larger fiscal stimulus than elsewhere, and by maintaining the confidence of firms and citizens. That said, the crisis is far from over and the ongoing increase in infections may undermine Poland’s initial success. Fighting an epidemic is a marathon, not a sprint, and much more needs to be done to insulate the economy and the society from the crisis. Keeping the epidemic under control will be the most important. 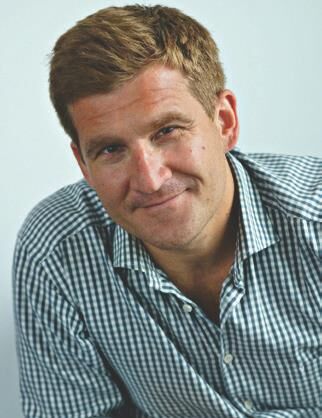 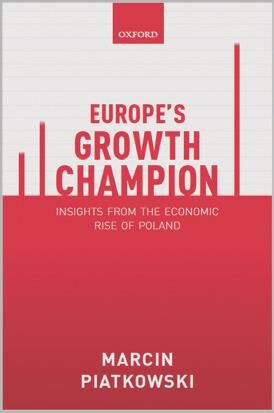 Marcin Piątkowski is an Associate Professor at Kozminski University in Warsaw and author of the international bestseller “Europe’s Growth Champion. Insights from the Economic Rise of Poland” published by Oxford University Press. He tweets at @mmpiatkowski.