At what stage of the business cycle are we now? While inflation is being kept in check and economic growth is maintained, the current cycle may be much younger than we think. AN OPINION BY Mark Andersen, Managing Director and co-head of Asset Allocation at the UBS Chief Investment Office 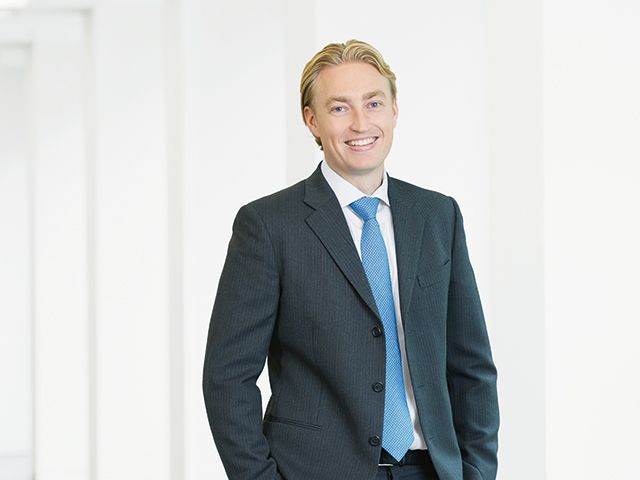 Understanding the economic business cycle is one of the crucial skills any investor or entrepreneur needs to master. Many people who failed to recognize the state of the business cycle did not get out of the stock market before the great recession hit. To make matters worse, they fear returning to the stock market at the beginning of an expansion cycle when it is the right time to do so. Reading the business cycle allows you to adjust asset allocation in order to take advantage of economic phases.
The traditional progression of the business cycle is very familiar. The economy expands as consumers demand more products, and companies hire more workers to increase production, so unemployment goes down. In the expansionary period, GDP increases, (usually) in line with inflation and interest rates. Why? Being charged with keeping the economy strong, the Federal Reserve System (also known as the Fed) has two main aims: maximizing employment and stabilizing prices. In an effort to stave off inflation, the Fed will often “tighten” or raise interest rates to keep price levels stable. An expanding economy eventually runs short of the resources needed to supply demand, prices rise, central banks hike rates to curtail inflation, and the economy slows. When GDP hits its low in that cycle, we hit a trough, which is characterized by high unemployment, low-interest rates, and low inflation. In an effort to stimulate the sluggish economy and stabilize price levels, the Fed will often “ease” or lower interest rates. This lowers the cost of borrowing, which theoretically encourages consumers to spend again. Then inflationary pressures ease, central banks cut rates, demand grows, and the cycle starts afresh.
Using this traditional progression, it would be easy to conclude that the business cycle is entering a late stage. In the face of low unemployment and rising wages, the Fed has been tightening rates since December 2015, and, since the end of 2018, growth has been slowing. With this perspective, bond markets seem to concur that a slowdown is upon us, already pricing in that the Fed will soon cut rates.
But we can also look at the same set of data and draw a different conclusion. Yes, the Fed has been hiking rates, but only to normalize the policy toward “neutral” levels. With little inflationary pressure, the Fed has little reason to clamp down on demand.
Through this lens, it might be months or years before the economy runs short of resources, requiring the Fed (or other central banks) to hike further. In our case, we think inflation will rise at only a modest pace, allowing for a continuation of the steady-growth, low-rate backdrop we have experienced over the past few years. There are signs that the global economy is stabilizing and that the Fed’s pause has also helped provide a near-term reprieve for risky assets.
Bond markets seem to be saying the Fed has raised short-term rates too much, yet equity markets are buoyant. We think that the flat yield curve has more to do with a changing view of longer-term inflation than expectations of an economic slowdown, but we will look for confirmation of this view in the months ahead. In our view, the bond market is currently telling us more about inflation expectations than the likelihood of a recession.
But with higher valuations curtailing future investment returns, and the possibility of volatility as markets worry about policy errors, we keep a more balanced exposure to risky assets, and use hedges where appropriate. In our tactical asset allocation, we have added several positions that would benefit if the benign backdrop continues.