Time is almost up on the construction of a boutique apartment building at Dobra 32 in Warsaw. The revitalized Powiśle district has been enriched by a luxurious building with 18 apartments for the most demanding clients. The original, albeit subdued, architecture of the building was provided by the design of the APA Wojciechowski studio. The investor is Powiśle BJK, a company belonging to the BJK Group – a family company with over 20 years of experience in the real estate market.

Comfort for residents above all

Many luxury apartment buildings are being built in Poland, but not all deserve this name. At Dobra 32, however, you can talk about apartments for demanding clients, because their comfort was taken care of in two ways. First of all, there are only 18 apartments in the building, thus maintaining intimacy and limiting the number of neighbors. Secondly, the developer contracts expressly prohibit short-term rentals. 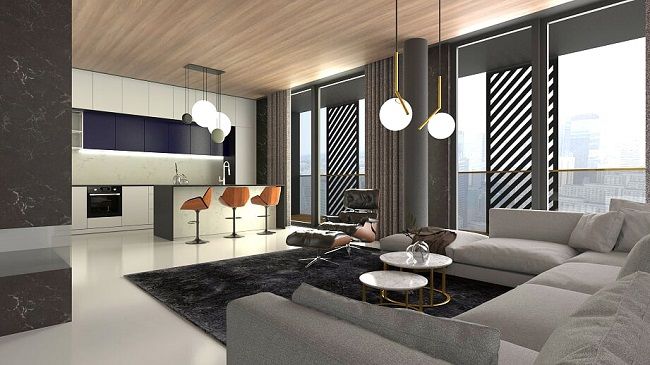 “In all our investments, we focused primarily on the architecture and quality of the materials and solutions used,” says BJK president Bartosz Kuźma.

“Dobra 32 Apartments is a particularly important project for us due to its unique location. When choosing the materials from which the building is made, we did not look for savings. Aesthetics and quality have always been the most important criteria. An example is the most modern elevator available on the market, with a custom-made cabin, as well Powiśle stands for PLEASURE as panoramic windows of impressive dimensions that open with electric cylinders hidden in the frame. The premises are equipped with the highest class air-conditioning with fan coils hidden in the floor. This guarantees not only greater aesthetics of the rooms, but also the comfort of even temperature at every point of the premises,” he adds.

Silence is also a sign of a comfort. To provide noise control to residents, a detailed acoustic audit was carried out for each floor, and windows with the highest levels of sound insulation were selected. The advantage over the competition is also the ceiling height of the apartments set at 292 centimeters with floor-to-ceiling windows, meaning there will never be a lack of natural light.

The reception and concierge will take care of the peace and comfort of residents. Everyone will be guaranteed a correspondence and courier service, as well as the highest level of service. With the price per sqm starting at PLN 20,000, it is a must.

The most expensive penthouse at Dobra 32 costs over PLN 8 million. The developer reveals that one, with a view of the Vistula from the terrace, is still available. 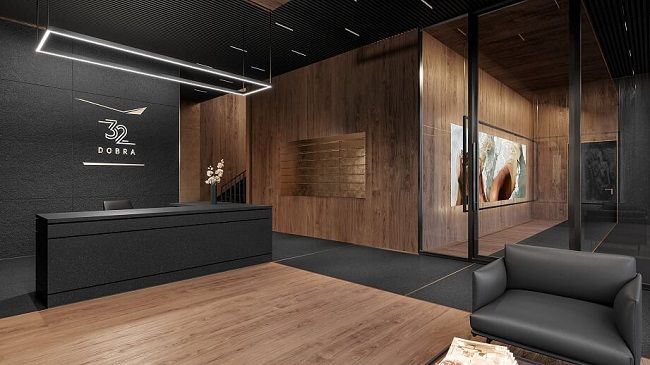 Apartments for the most demanding of customers

The building is dominated by apartments of above 100 sqm. A real pearl among them is a penthouse with an area of 291 sqm located on three floors. The owner will have a large terrace on the highest of them which is up to 60 sqm and balconies on the other two. On each floor there is a bathroom (two on the fifth floor) or a toilet. The apartment also has three bedrooms, a 100-sqm living room connected to the kitchen, living room and office, a closet and a hallway.

The penthouse has been designed so that each floor can de- liver a different function. The proposed layout is a bedroom on the fifth floor, daytime area on the sixth, and gym, spa or entertainment space on the seventh, where on the terrace you can admire panoramic views of Warsaw. However, this is only one of many possibilities, because such a large, luxurious space on three floors can be arranged in many different ways. In such an apartment you can lead an active social life, host private and business guests, relax and work efficiently – it all depends on the needs of the owner. Certainly, this place will be an excellent showcase, proving the prestige of its owner. It's like a large, two-story house, but with the comforts that only an exclusive apartment building can provide. 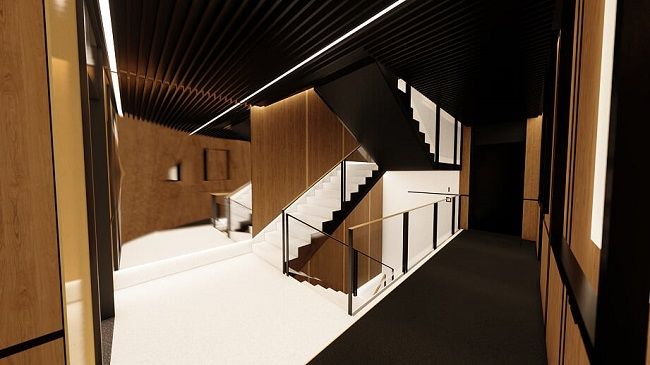 The inhabitants of Dobra 32 will be close to the Vistula boulevards and Kazimierzowski Park, which guarantees them the possibility of outdoor recreation. Shopping and gastronomy are also taken care of; the Powiśle Power Plant complex is being built nearby, implemented by revitalizing the former power plant, which ended electricity production in 2001. On an area of 15,500 sqm there will be 40 restaurants with dishes from all corners of the world, unusual cafes, wine and whiskey bars with sophisticated drinks.

The revitalized interiors will include boutiques and stores, including those run by designers as well as pop-up stores. They will sell the best global brands, including those previously absent in Poland. The complex will also house modern offices, apartments and a boutique hotel with unique architecture. The creators' intention is that Powiśle will be a combination of rest, pleasure and entertainment.

GDDKiA plans to announce tenders worth...

Euromonitor looks at future of millennials and generation Z
‘After the court verdict, we expect Prime Minister Morawiecki...
Almost half of Poles believe that things are going wrong in...
‘We do not date praying mantis’: PSL PM
get more news

'This time made me realize that some things are unnecessary': actress