Between 2010 and 2020, the region showed a GDP growth of 45%. There are 510 thousand enterprises in Silesia, and 10.6% of all Polish companies operate there. Many IT companies conduct their business operations in the region.

Silesia is a great place for business projects, including start-ups, which have become particularly popular in Katowice, Gliwice, and Bielsko-Biała.

Thanks to its innovative entrepreneurship strategy, Silesia is, among other things, entitled to be a European Entrepreneurial Region for the years 2021–2022. It also ranked among the top ten European regions in terms of attracting foreign direct investments (FDI) and cost-effectiveness according to fDi Intelligence for years 2022–2023. 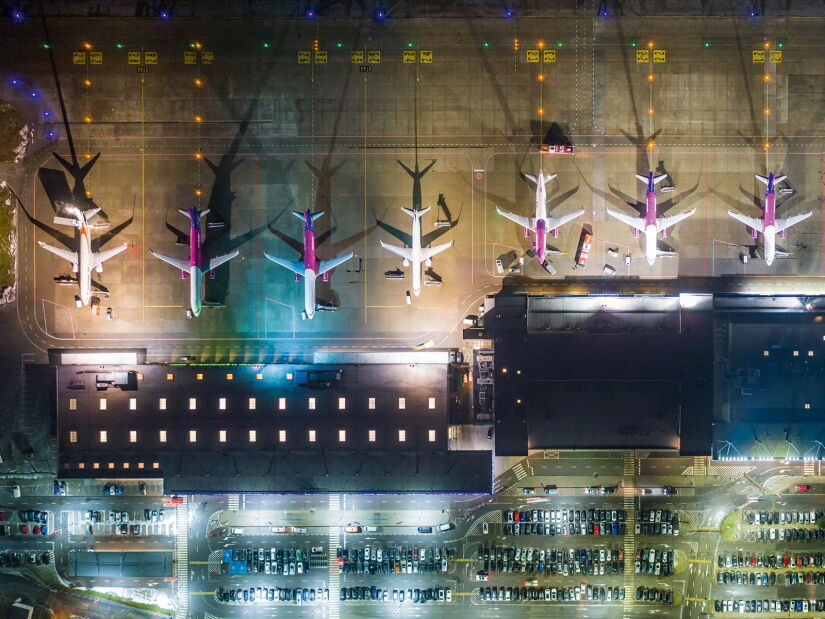 Silesia is situated in the southern part of Poland and covers 4% of its territory. There are 13 European capitals with a population of 225 million within a radius of 1000 km from the Silesian region. It is considered the best-connected region in Poland, as the dense road network enables residents and tourists to move quickly and safely around the area. The region contains almost 400 km of motorways and expressways and over 2000 km of railway tracks.

Also, Silesia has Euroterminal, which serves traffic from China to Europe which is 9500 km long. Silesia is also home to Katowice International Airport in Pyrzowice. In 2019, before the pandemic, it carried 5 million passengers. In 2021, a record 32,104 tons of cargo were transported from and to Katowice airport, making it the second largest in Poland.

Silesia has enormous investment potential for multiple reasons. First, it has an excellent geographical location and convenient road infrastructure. The region can be considered a gateway to the European market. Among the largest investors in the area are Germany, Italy, the Netherlands, South Korea, France, the UK, and the USA. There are 2300 foreign companies in Silesia. It also offers high-quality management, employees with sought-after profiles, and an excellent academic and technological base. Apart from this, the unemployment rate in the region is the second lowest in Poland at 3.7% in July.

The Silesian region can boast a strong export-oriented strategy. The major export industries of the region are parts and accessories for vehicles, cars, metallurgical products, and plastics.

The Katowice Special Economic Zone, which is situated there, covers the whole Silesian region and part of the Opole region. The presence of one of the best economic zones in the world implies the total value of investments amounts to almost EUR 10 billion. More than 90,000 employees and 540 companies from Europe, North America, and Asia work here.

The economic zone offers certain benefits to investors, especially tax exemptions. It may apply when establishing a new plant, introducing new products, increasing production capacity, changing the production process, and acquiring a closed enterprise. Large companies may count on the exemption of up to 30%, medium-sized enterprises – up to 40%, and small companies – up to 50% exemption of investment expenditure together with two-year’s worth of labor costs.

Silesia also offers direct and indirect forms of support to people who plan to invest in the region. 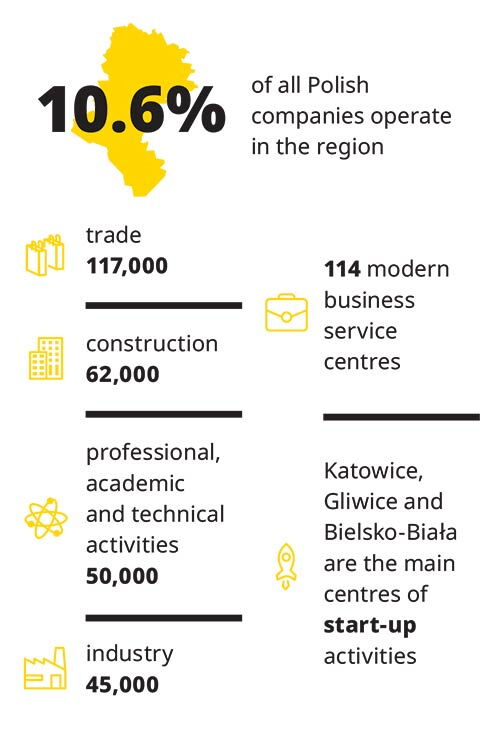 In addition, there are over four million square meters of modern warehouse space available, which is 1/5 of the domestic market.

The region is home to a decent number of educated people, which offers bigger opportunities for businesses. In 2019, 24.2% of the population in Silesia had a university degree, 2.2% more than on average in Poland. The number of people with higher education in the region increased by 28.5% compared to 2010.

There are 30 higher education institutions in the region. In the Perspektywy 2021 academic ranking, the Silesian University of Technology ranks third.

Among all fields of study, the most popular in the region are business, administration, and law - 22% of people study them. Health and social welfare (17%) are in the second place, and technology, industry, and construction (14%) are in the third place in terms of popularity among locals. 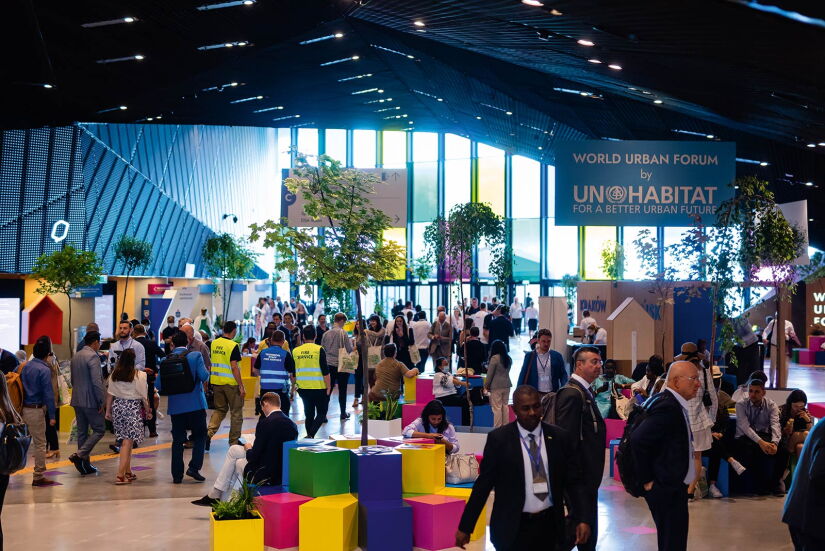 A region to live

Silesia is a green, ecologically friendly place to live in, as 32% of the region is covered by forests. There are also 15 protected landscape areas and 65 nature reserves.

The largest city in the region is Katowice. It also holds the title of European City of Science in 2024, the capital of e-sports and the venue of major events. Intel Extreme Masters Katowice 2022, European Future Forum, Fest Festival, and Climate Change Conference COP24 in 2018 were held there.

The Silesian region is a popular place to visit with more than five million tourists a year.