Politics/ The elections that will shape the future of Europe

Marek Prawda, Head of the Representation of the European Commission in Poland and former Polish ambassador to Sweden, Germany and the EU, talked to WBJ about the upcoming European Parliament elections scheduled for May 26, pointing out that the results will be crucial in shaping the future of the EU 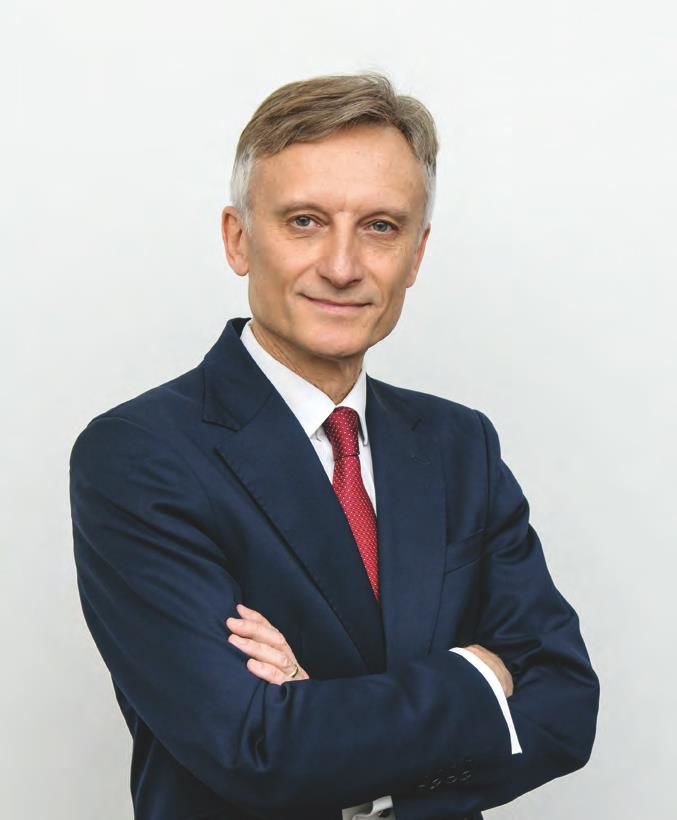 Head of the Representation of the European Commission in Poland and former Polish...

WBJ: Stagnation in the EU and the rise of populist and anti-European parties in many member states, whose candidates are running in the EU elections, have provoked heated discussion over the future shape of the European Parliament and the development of the whole European Community. How do you see this situation?

Marek Prawda: Without any doubt, these elections will be of the utmost importance not just because they will rearrange forces between parties in the new European Parliament but also because they will shape the future of the EU at a very crucial moment. In recent years, the union has struggled to recover its sense of direction. Previous crises were perceived as warnings that we may not have noticed certain problems. Now the question is where to go and how.
The present crises raise a lot of doubt as to what remedy should be used to correct the situation. This is the main reason why these elections will show where we stand and whether we have a good offer for a majority of EU citizens that will be the best way to go forward.

Populist and anti-European nationalist parties will designate their candidates for the election to the EU Parliament.

Yes. However, at the same time, we are observing a pro-European awakening. When talking about anti-European trends, we must not forget all those who loudly and openly try to defend European values. There are two opposite tendencies now. We do have some citizens disappointed with Brussels, which is seen as the center of EU structures, but we have to remember that public opinion polls show overwhelming support for EU values. My opinion and observation is that there are few voters in Europe who do not want the EU to remain strong and to develop.

What will Europe look like after the parliamentary elections? Will membership in the EP fractions change and will the whole union be closer to people and their aspirations or will new forces emerge to destroy the union from within?

I think that the first change which may be seen is that the two biggest political groups in the EU Parliament – the Christian Democrats and the Socialists – who now have a majority and cooperate with each other, will be weakened. They will no longer hold half of the total number of seats. But if the liberals join this group, it will help strengthen democracy, as well as European legislation, citizens’ freedom and common security. Green parties could also join this pro-European and pro-integration coalition to oppose anti-European groups. If populists win more seats in the EP, they will try to redirect this institution in their own way.

The deputies chosen in Poland from among the European Coalition will have to join pan-European coalitions – those from the Civic Platform and PSL will join the centrist group of Christian Democrats, while others, including those from Nowoczesna, SLD and the Green Party, will join other factions, but also strongly pro-European ones. Will this strengthen the EU?

Yes, if deputies from other member states make a similar move of joining the pro-European fractions, it will lower the threat posed by populist and nationalist parties, which will establish fractions strongly opposed to democratic reforms in the EU. These are parties that aim to stop any progress in European integration and want to drastically cut the EU budget, and they often do not understand the need to defend freedom east of Poland and – at least some of them – wish to destroy the EU from the inside. I want to stress that the role of the EP is very important because, along with the European Council and the European Commission, it participates in the process of making decisions regarding EU activities. Essentially, the Parliament, together with the EU Council, are responsible for adopting the EU budget. They have the power to reject it, causing the budgetary debate to start again. The European Parliament also holds democratic control over the European Commission. That is why participation in the EU elections should grow – including in Poland – and people should understand who they support.

I would like to emphasize that the pro-European factions have programs which are consistent with Poland’s interests. We need a democratic, just and tolerant union that respects the rule of law and citizens’ freedoms, one which has a common defense policy, coordinates economic policies and bridges the gap between the poor and the rich member states.

Will the problem of immigration from Africa, the Middle East and other countries be resolved?

I think that the new European Commission will return to the issue of a new asylum policy, because it has not been settled. Member states have different views on the subject. Solving this problem is crucial and the European Parliament should deal with it. We should protect external borders, but at the same time we must not refuse to help those who arrive in the EU under extremely difficult circumstances.

What influence will the results of the elections to the EU Parliament have on the global and transatlantic policy, on EU relations with the US, as well as on Russia and other countries?

The EU has been a peace project designed to establish political and economic relations between countries to minimize the threat of international conflict. This goal has been largely achieved and this is an undeniable accomplishment of integration. We are the first generations with no war experience.
But the world has changed and peace in Europe increasingly depends on what is going on outside our continent. This change requires the EU to become more involved in foreign policy. Until now, the EU has been focused on economic and social issues. But this may be a good tactic for a sunny day; when the weather turns bad, you need to have an umbrella.

The EU does not have the luxury of relying on any external support. In transatlantic relations, there has always been a division of tasks. For example, the US expends more on arms, while the EU spends more on providing assistance to other continents to mitigate the risk of conflict. So, the EU and the new Parliament must take much more time and effort to ensure the security of the continent.

In Europe, we all want good transatlantic relations, but they should relate to a new situation in the world. After the US elections [in 2016] we observed a very strong tendency to undermine the idea of international structures giving way to big powers that should secure interests of various countries through bilateral relations. I am just touching upon the issue, but for the new European Parliament such a debate will be a matter of great importance. The EU has to defend its values. We don’t want to accept the supremacy of the stronger players, nor do we approve of a protectionist approach to solving international problems.

Your job also entails meeting with regular Poles. What does membership in the EU mean to them?

As so many generations of Poles lived under pressure and in division between the East and the West, our membership of the EU is a secure anchor of stability and civilization. We know that being in the union we can live as we like to live, respecting our national identity and enjoying free movement of people, while our economy and trade relations are improving. I think there is a growing understanding in Poland that the EU may not be a paradise on earth, but it surely a safe shelter in restless times.

Eurostat: Retail sales in Poland up by 4% y/y in February
Monthly PIE and BGK economic climate index up to 97.1 pts in...
Poland beyond lead in GDP per capita growth: IMF
Unemployment in Poland still lowest in EU
get more news

AI most popular in Ireland and least in Latvia
Berlin Brands Group raises $240 mln in funding to pave way...
Poland with almost highest wholesale electricity prices in...
Katowice SEZ plans to create its zone in Egypt
get more news

Many restaurants not to recover from pandemic crisis

'There is enormous strength in us, women': Magdalena Różczka