As the number of coronavirus cases continues to surge globally while many countries start easing lockdowns, the Polish economy is set to be the least affected in the EU by the Covid-19 pandemic, according to a recent forecast by the European Commission. OPINION BY MORTEN LINDHOLM 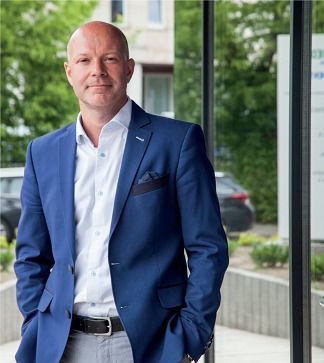 Publisher and editor-in-chief of WBJ

Morten advises companies on communication and marketing solutions. He has 25 years’...

You probably remember what happened roughly a decade ago. As lockdown restrictions get lifted across the world, your immediate thought probably concerns the last financial crisis that led the stock market to crash by 50 percent. Unemployment hit double-digit figures. A 24-month recession closely accompanied. Poland, fortunately for many and surprisingly for some, fared significantly better in this respect with no recession and used the time and the following decade to catch up with its Western European peers by approximately 10 percent.

However, my thoughts aren’t related to the crisis. Rather they are connected to the amazing year of 2007 – the so-called “year that changed marketing forever.” Apple launched its first iPhone, Netflix expanded its services to intro-duce streaming, Facebook started group pages and advertising tools, and Google acquired DoubleClick and unveiled Android.

Going through the current times, it is natural to draw parallels between now and the end of the last economic boom culminating in a dramatic crash. Therefore, it is interesting to look at the predictions for what the world will look like in 2030 and whether we will lookback at 2020 with no dry eyes or smiles, in addition to acknowledging that this year of disruption helped us focus, and probably force, 3-5 years of development of technology, climate and healthcare solutions through 3-6 months.

So, how can Poland, its companies and inhabitants, use the ongoing crisis to their benefit? In many ways, I believe. Only a few countries and nationalities have been so open minded and ready to adapt to new situations like Poland. And with the recent experiences of disrupted supply chains, increasing trade taxes between the dominating world powers plus a generally broken trust in information authenticity, this is the chance for Poland. I see Poland not only strengthening its position in the international supply chain and becoming a central and hyper hub for production for Europe and beyond but as the brain and powerful destination for whitecollar work in technology, R&D and back-office business intelligence.

But it will not come easy as it demands leadership and hard work. This is where my biggest fear for Poland is because the country is clearly divided into two nearly equal parts in several key segments – city vs. country, young vs. old, staunchly religious vs. non-devout. I hope that the ones that are responsible for shaping and developing Poland’s future, will have a more impactful non-partisan view of the country and its direction. They will take initiatives and enhance systems to assist entrepreneurs, businesses and leaders.