Entrepreneurs in the transport industry are in for a rough ride. They’ve lost one of their key advantages over their western competitors – cheap labor. Besides legal costs and adjusting to the realities of working in another country, maintaining liquidity is also an important issue. In the first quarter of 2019, the transport industry recorded a 67 percent increase in the number of insolvencies compared to Q1 2018 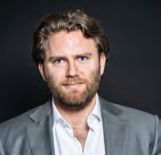 According to recent data, a driver with a C+E category driving license in 2017 earned an average of PLN 6,200 gross in domestic traffic. The earnings in international traffic look even better, with the median wage at PLN 8,600 gross. Wages in the country are high, but in comparison to drivers employed abroad it is still a modest salary. Relatively low wages translate into lower operating costs and lower rates for services – the main strength of Polish enterprises. Polish transport companies now have to fight for employees.

Under current market conditions, it is important for entrepreneurs from the transport industry to ensure stable cash inflows so as not to lose employees. At Finiata, we have spent the last 12 months talking to clients and have we created a solution for them: Flex Capital, fast and flexible access to financing that can be used for any purpose, depending on the company’s needs.

Polish companies account for 25 percent of the EU transport market and there has been a constant struggle for this piece of cake for years. Germany and France’s lobbing led to EU ministers approving the directive on posted workers in June last year. The directive is extremely unfavorable for Polish firms. It limits the period 2018of posting workers abroad to 12 months, with an option to extend by another six months provided the employer gives a valid reason to the host country. The regulations may force many companies to close their businesses or move to a country where they used to delegate employees. These changes will involve major additional costs, including legal advice and adjusting to operating in another country, as well as ensuring the company’s financial liquidity.

Current regulations state that the posted worker should receive at least the minimum wage of the host country, but pay all social contributions in the country of origin. Salaries are to be paid on the same principles as for local employees. The regulations are to enter into force in mid-2020. Several member states opposed the regulations. However, despite the provisions on transport being put to separate discussion, the problem remained unsolved.

New findings show that if a driver is transporting goods from the country where their company is headquartered to another country, they will be excluded from the provisions on posted workers. However, on the way to the destination country, the driver will be allowed to perform one additional loading or unloading, which will also not be subject to the provisions on posting. Similarly, one loading and unloading can be carried out on the return journey. Another option, which the new regulations allow, is 17making two loading or unloading stops on the way back, provided no such operations occurred on the way to the destination. The problem is that it will not be possible to carry out cabotage operations, (i.e. delivering goods from one place to another within the host country) because that will trigger the provisions on posted workers. In addition, tachographs must be installed in all vehicles, which will monitor whether transport is carried out in accordance with EU law.

In 2018, the indebtedness of Polish carriers reached PLN 925 million. According to analysts, the problems of the Polish transport sector are associated with high price competition, and an increase in fuel costs and operating costs.

This state of affairs may affect the financial liquidity of Polish enterprises in the transport industry, especially those from the SME sector, which will have to resort to additional financing to avoid profitability loss. Unfortunately, banks do not take into account all the needs of entrepreneurs, require them to collect a lot of documents, while also making them wait a long time for a decision. Meanwhile, time and freedom to make decisions on how to spend money are what matter the most to entrepreneurs. They need to pay wages, taxes and lease installments.

Poland’s SMEs are to a large extent the backbone of our economy. Despite this, many companies face barriers that impede their business, particularly so in the transport industry. The frequent changes in the law and insufficient access to financing for employing more qualified employees are some of the factors that negatively affect these companies. But the largest of their problems, particularly for small companies employing up to 49 people, is untimely payments and problems with collecting receivables from contractors (20.5 percent). This is what affects their financial liquidity the most.

Council for Entrepreneurship calls for...

October and November most relevant in...

Robotization to accelerate by half in...

Council for Entrepreneurship calls for temporary lifting of...
October and November most relevant in terms of production activity:...
Robotization to accelerate by half in food and logistics industries
Pandemic can worsen financial situation of mines
get more news

PMI for Poland powerfully up in V
‘Vegetable+’: ruling party seeks to create state-owned...
Passenger transport plummeted by 77% y/y in April
Business Leading Index slightly down in May: BIEC
get more news

Every third toy is not for sale: UOKiK warns
Less than half of companies benefited from anti-crisis shield
Coronavirus pandemic with big impact on entertainment industry:...
Number of Covid-19 infections in Poland still growing: Bank...
get more news

George Floyd: Supporters show solidarity in Kraków, Warsaw
EC approves another €1.6bn element of financial shield
US breaks off relations with WHO
Poland last in Europe in terms of transition
get more news