In the service of great politics: making tax regulations ever more complex

The omnipresent and obsessive lobbying that has been functioning for years in our, if really ‘ours’, financial legislation is not exclusively subordinated to the business interests of potential or actual beneficiaries – though it works mainly to their benefit. 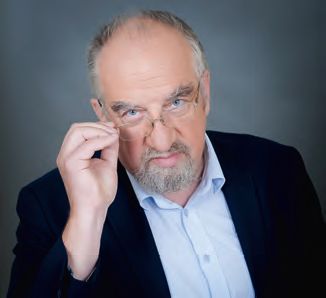 Witold Modzelewski holds a professorship with the Faculty of Law and Administration,...

A s is rather evident, the regulations adopted in this country as well as on the EU level have long now been serving, in the first place, the interest of what is called financial institutions. This beautiful, almost dignified name hides quite mundane activities, oftentimes on the verge of usury. After nothing for a long while, the IT business comes in second. Hence, the EU’s new secular religion called “digitization”. The third – still winning – position is firmly held by the tax business which seeks to make its clients flee from taxation.

In resource-rich countries, particularly those equipped with crude oil or natural gas, it is the producers of such goods that actually govern the financial legislation (and not only). In Poland, we depreciate our natural resources, believing in mirages such as e-economy or obligatory modernity which, paying no taxes, is expected to help boost the budgetary income. This is pretty absurd as modernity has to be heavily supported financially in the first place. Who actually governs the financial legislation has become apparent quite recently as the new finance minister, who is not wont to speak in public, announced that he would deprive Polish citizens of cash, making everybody join cashless transactions and turnovers. In whose interest, namely? Clearly, the banks’. Right-wing commentators spared no mockery at this very important minister of ours, whom I sincerely thank for his sincerity. At least, we have no more illusion about what is called “the priorities of financial policy”.

Another, no less topical, example is the “sugar tax” (currently under implementation) which is due to extend, inter alia, to soft drinks manufactured by, I dread to think, US producers. As we can read in the press, a very-high-ranking public functionary – of ministerial rank, to be sure – took the trouble to travel to Warsaw in person to ‘negotiate’ the abolishment of the tax in the interest of the producers of some of the commonly-known beverages: very sweet and very American ones. We’ll soon see whether it turns into yet another humiliating story, like the Institute of National Remembrance (IPN) Act which we were supposed to amend in foreign interest.

To my mind, there is a hidden but quite clear political objective behind business lobbying. The major players in the legislation market cannot be suspected of sympathizing with right-wing politicians who enjoy support from most of the Polish voters. How about the evidence? With no direct proof in place, there are strong premises. A random example is a Polish president having successfully been persuaded to deny his election promise regarding the devaluing of the mortgages denominated in Swiss francs. I wonder who was it that gave the head of the Polish state a diagnosis regarding ‘destabilization’, whatever that means, of the banking system should the law be adopted? Let me remind you that any restructuring law would mean compromised interests in the context of the European court of justice’s (ECJ) verdict in favor of complete devaluation against the same interest rate (LIBOR). And? … Was there any destabilization? The image losses are considerable for the Swiss-franc-denominated-mortgage holders, forming a group of over a million, mostly young, people, most of whom voted for President Andrzej Duda in 2015. They do not seem to have forgotten the promises once made to them.

There are other examples of lobbying in the tax legislation with a strong political tint, less known to public opinion. In 2019 summer, in the heat of mass-scale changes, two ticking time-bombs were planted in the value-added tax regulations. The new matrix of VAT rates has caused thorough chaos in the reduced VAT rates – 0%, 5%, and 8%. The other foundling consists of imposing upon all the VAT payers a new obligation to report to the tax office, on a monthly basis, a million pieces of information of no use to anyone within a records system expanded up to the limits of absurd. A pretext for these new duties is, declaratively, the ‘need’ to collect data in view of compiling VAT declaration forms. It is emphasized, in parallel, that this data is annihilated at the same time (yet another absurd!). Almost two million taxpayers for gathering and reporting such information: is there any sense to it at all? Well, the IT business has to make some money. The thing is unfeasible without new software put in place. For instance, every single pack of cigarettes sold has to be marked in the records with a dedicated numerical code. With 1,000 packs sold, the vendor has to repeat the action a thousand times. Are these duties only subordinated to the interests of ASPs? This is what most bookkeepers think, who spare no terse criticism for the ‘inventors’. [An application service provider (ASP) is a business providing computer-based services to customers over a network, such as access to a particular software application, including customer relationship management, using a standard protocol, such as HTTP.]

Is this all really a matter of typical “legislative investment”? Another answer readily comes to one’s mind. The ‘inventions’ in question are due to be put into effect as of April 1, 2020, on the run-up to the expected re-election of the current president. The authorship of these regulations is plausibly attributable to a few former officials in the finance ministry who had once made names for themselves as they informed on the top executives of the National Revenue Administration (KAS), accusing them, as the press releases had it, of participation in VAT swindling. The officials were fired blusteringly but their ideas are still with us and we have to face the challenge. There is a common conviction that these ideas are meant not only to fill up the pockets of the businesses which are to implement these ‘inventions’ (a queue has already been formed). Certainly yes, but no less significant is the annoyance of several million good business people, accountants, bookkeepers and accounting offices. For it is them who will have to swallow this bitter pill and they completely don’t understand why and what for.

WHY IS MEDIA SILENT?

Politics – great politics, to be sure – is most probably at stake here. The candidates opposing the ruling Law and Justice (PiS) party and their ally President Duda, do not have much chance to win without such support. It is worth noticing that the mass media that have normally condemned the nonsensicalities related to the imposition on the taxpayers of new checking obligations, now remain silent. Why is the Gazeta Wyborcza daily silent? Was it not one of its journalists that, imbued with concern about Polish small business, conceived once upon a time that the regulations of flat-rate (that is, simplified) income tax have ‘destroyed’ thousands of small businesses within a matter of hours? The other mainstream media (which means, in my opinion, those supporting the liberals), otherwise writing volubly, on a daily basis, about taxes and burdening their readers with thousands of insignificant details, appear to be no less silent. They somehow miss details as obvious as the “new matrix of VAT rates” or VAT payers’ records expanded to the point of absurdity. The anti-PiS ideology puts at its service a Bolshevik-like logic according to which every single word, or even silence, has to contribute to dethroning the ruling party. So there is no room for something like symmetricity. One could wonder how those who have planted the ‘bombs’ will end up. If they find some cushy jobs for themselves in a liberal business, the hypotheses presented herein will be (re)confirmed.